I feel like the world demands me to be nice to them, - while at the same time they don’t want to return the favor. I need to step out this kind of an arena where one must always serve the elses.

I feel that way too. It’s like I’m an untouchable and everyone I meet is super high class. It’s like I have no value

So lets create a club whereas we stop serving them. I think there’s no other way. We could serve ourselves instead. This doesn’t mean we’d need to become the opposite. Neutral maybe.

Not a bad idea.

I think 60% of our energy is wasted, when we always serve the elses.

Yeah. Being mistreated and made to feel insignificant really drains energy

When the others are so wicked
Why should we be good? 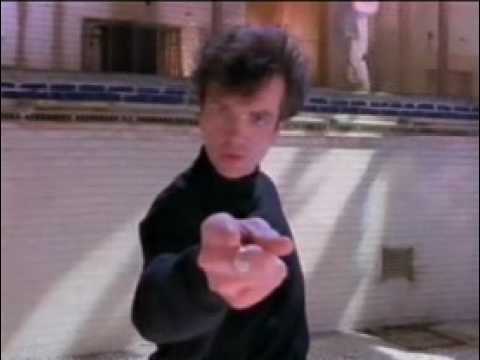 I think it is important to observe basic courtesy towards others until it is determined that it is unwarranted.

Yeah it is like that in that manner here too, but being an over-empathic person is too much - just a normal approach will already do.

This doesn’t mean we’d need to become the opposite.

Sometimes its hard to be nice. I used to get annoyed when people would say good morning to me everyday and expect it back. Now I say good morning everyday to several people and I notice some people get annoyed by good morning too. I think it is the automatic, robotic, programmed nature of politeness that is engrained from a young age that makes it seem insincere. Thank yous, your welcomes, have a nice days. Thats NPC behavior.

I think it is important to observe basic courtesy towards others until it is determined that it is unwarranted.

And then tell them to go ■■■■ themselves when it’s warranted.

How are you feeling today, now you’re off of medication, any better?

And then tell them to go ■■■■ themselves when it’s warranted.

My man. Nailed it.

I’m happy to see how you guys understood this thing mostly like myself as well. This kinda is a big common thing in us people. So the math is:

Don’t be Evil
Don’t give off all your energy to serve good
Don’t be Neutral either as it is too unemotional
Be You!

How are you feeling today, now you’re off of medication, any better?

Getting off Seroquel is rough. Because it makes you so hungry and sleepy. So when I reduce, and especially now when I went to 0, I lose my appetite and don’t get much sleep. I slept 4 hours two nights ago, 5 hours yesterday, and 6 hours today. And I only ate two bananas and a very small cup of yoghurt yesterday. About the same the day before. And a bit more today.

So I’m not doing very well right now. I had some visual distortions the last two nights because I was so exhausted and couldn’t sleep. But no hallucinations, thankfully. But all of this is expected. I think I will start feeling even better than before my last reduction in about two weeks.

Oh I suppose that’s to be expected, can you feel a difference in your dopamine levels? Do you feel more alive and emotional?

Do you mean you expect to feel better in a few weeks, as you’re now off aps and can’t reduce any more?

can you feel a difference in your dopamine levels? Do you feel more alive and emotional?

Yes, I have noticed this. Right now it’s difficult to tell what is a withdrawal symptom and what is a permanent improvement. However, I noticed an apparently lasting improvement before the last reduction. But for me the sleepiness was the worst, so that’s what has improved the most. I will say that I wouldn’t have attempted this if I still had significant symptoms, because the symptoms are worse than the drowsiness, flatness, etc.

Do you mean you expect to feel better in a few weeks, as you’re now off aps and can’t reduce any more?

No, I already feel much better. But I expect this last bout of withdrawals to be mostly over in about two weeks.

I agree. I don’t want to be bitter. But I am sad when it happens. I wish I had value