I Ditched My Political Site

The Moderators were too far right. I’m more of a red tory and got pissed off. I miss many of the participants on that site, but every thread turned into swearing and insults…got a little tired of it all.

I was always the voice of reason on that site. I bet I’m missed at least just a little.

This isn’t meant to be a political thread. Just thought I’d share my experience on that other forum.

I know…I know…me the schizophrenic was actually ‘the voice of reason’ lol!

That’s how wacked that forum had become.

I try very hard to stick to not leaning one way or the other on politics at all in moderation here. I’m a moderate on most issues anyways, except some left leanings on social issues, so it’s not that hard for me.

I always told them kinda half joking that I often wasn’t sure what forum I was on…my mental health forum, or their political site.

I swear half of them were undiagnosed lunatics in their own right. lol!

I’m all about ‘fairness’ regardless of what side of an issue you are on.

I just felt the far right moderators were playing favorites and the lack of oversight just led to petty squabbling threads which kept getting out of control…and the original topic would get lost in the haze of insults and put-downs.

Well were glad to have you on this forum @Patrick - I appreciate your sense of humor!

I mis-read the topic as ‘you ditched your political “SIDE”.

Sometimes I cross the line, but for the most part I try to keep it light. My usual test before I post is…“Is the joke funnier than it is mean?” If so, then I’ll post it.

The far right Mods kept accusing posters of being ‘groomers’ if they believed in sex education for minors.

It really got my dander up and I kept feuding with the Moderation team until I finally quit altogether. There was room there for civil discussion, but it kept being shot down by the partisan Mods.

It’s a shame because I made quite a few on-line chums on that site.

Sounds like a not very fair place for debate. What’s the point of moderation if they aren’t neutral? If they force one political view on you and do not allow debate, they are just enforcers for their own politics and not moderators at all.

I just found the loudest, most crass and repetitive posters were garnering all of the limelight at the expense of the more thoughtful and reasonable posters.

Well, if you are in need of a scrap there is always Twitter. Guaranteed that you’ll offend someone within ten minutes no matter what you post there.

Ever heard of a political ideal that solved all the World’s problems? I haven’t.

See guys, this is EXACTLY why we don’t allow political discussions. Too much drama.

I actually find that our group tends to be voices of reason wherever we go. We have spent years learning how to spot the signs of faulty logic so we don’t get swept up into delusions. The folks most at risk for conspiracy/cultish propaganda are the ones who have never fallen for it before.

It really pisses off my friends sometimes because they’ll be like "I heard this interesting theory about [insert conspiracy here] and I chime in like “Actually that has already been debunked and here are three sources you can check yourself.”

Haha yep been there

The worst thing about politics on Twitter is the aggressiveness of some tweeters, and the way such people orchestrate pile ons against people they don’t like that are cruel and vicious. I’ve used the block option far more with Twitter than on any other site I’ve been on. Differing opinions politely expressed makes for constructive and healthy debate. The trouble is there’s a hardcore of people on Twitter whose default posting mode is ‘disagree with someone in as nasty and impolite way that you can’. Those types get instantly blocked. They offer nothing of merit or value. 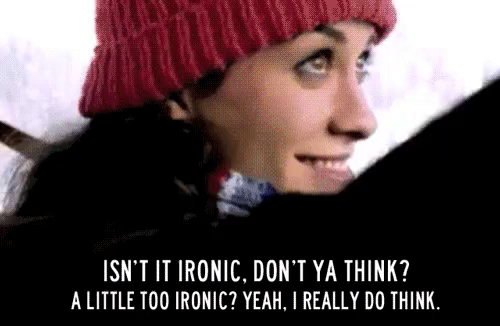 Hahaha yeah i know that feeling

Meanwhile im suppose to be the crazy one