I developed a new language years ago 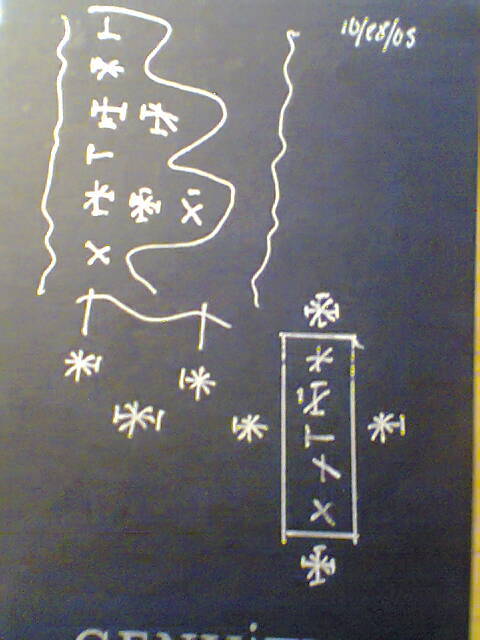 These pictures mean something.

Looks like ideograms. Nice try. Is it a fully developed language now?

If one knows the language, one can also speak in this language.

When I first read the title I thought you meant a programming language.

It is a Homo sapien language.

Very cool. Saw arrival last night and the protagonist was a linguist that was tasked with figuring out the alien language. Great film. They go into the Sapir–Whorf hypothesis. Really interesting stuff. The hypothesis of linguistic relativity holds that the structure of a language affects its speakers' world view or cognition. Also known as the Sapir–Whorf hypothesis, or Whorfianism, the principle is often defined to include two versions: the strong hypothesis and the weak hypothesis: The term "Sapir–Whorf hypothesis" is considered a misnomer by linguists for several reasons: Edward Sapir and Benjamin Lee Whorf never co-authored any works, and never stated their ideas in terms of a hypothes...


This is a fully formed sentence/paragraph.

@mjseu I see your avatar is represented in this language. May I ask what your avatar means?

I’ve never developed a new language but occasionally find myself saying bursts of a nonsensical language(sounds like the Native American you hear on tv) to myself. Of course I have no idea what I am trying to say. I just get the urge to do it from time to time.

Christians today don’t speak in tongues in accordance with the Bible. They are deceived in believing this is a heavenly language.