I can't fit into my Halloween costume! :(

So I made a Kylo Ren costume from scratch for a convention this summer. I spent over 100 hours and $1000 to make the costume, and I was gonna wear it to several Halloween parties I’m going to over the next few days. Well I tried to put it on just now and I could barely even zip it up and the belt won’t even close. I don’t know what I’m gonna do! Obviously I can’t wear my costume if I can’t even put it on, but all the Halloween stores are sold out of their good costumes and I don’t know what I’m gonna wear to these parties. Anyone have any really super easy costume ideas that I can throw together and still make it look like I put some effort into it?

Can you somehow extend the belt? Sorry to see a good costume go to waste!

Wow thats a big effort, don’t know much about sewing so I imagine alterations would take a long time. I googled it look very cool, Not sure of your tastes what are some of the things you might consider?

Anything at this point! And thanks I can post a pic of the one I made

Is the zipper in front or back?

Can you adjust the outfit in any way? Maybe add a little more on the sides, so you can fit? Add an extra hole on the belt ? 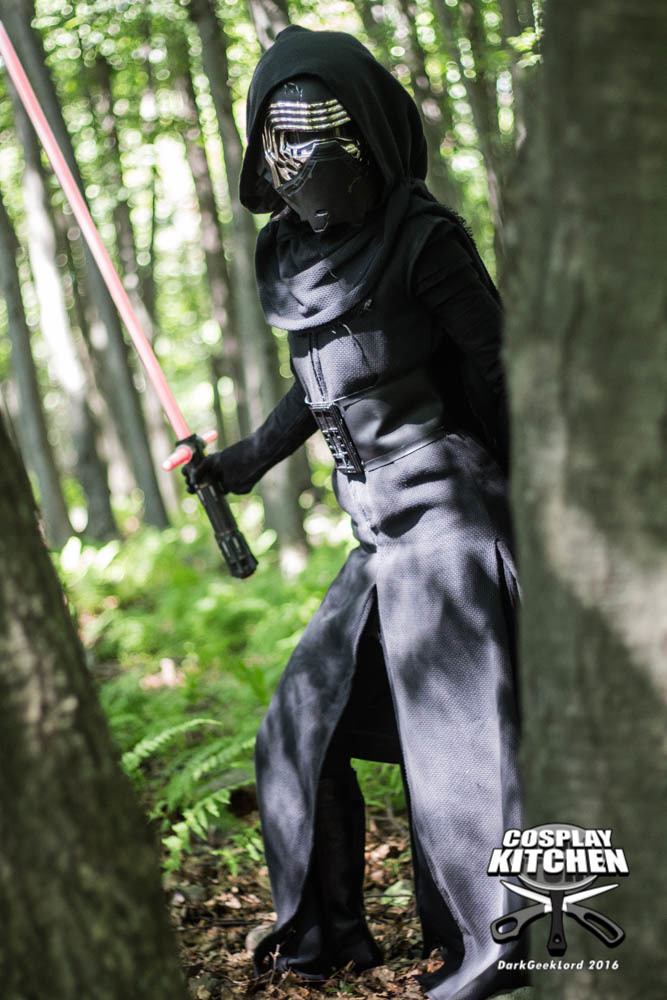 It’s in the front.

Nice, very detailed, I guess it would be hard to alter

Unfortunately the fabric is such a loose weave that if I try to rip out the seam and let it out a bit, the fabric will fall apart at its edges

Extremely. It was hard enough to get the fabric to hold together initially. It’s a very loose knit fabric

Can you show me a shot of what it looks like? Seems like you might be able to add a panel of fabric in there to give you more room.

I’m sorry, that costume is so amazing, I am 100% on the side of altering it to fit you.

I see… Tough situation!! The costume is awesome, congrats really.

Can you wip up a new costume from stuff you have at home? I know, bad choice, but I wouldn’t want to risk ruining this costume either.

I’m glad my effort paid off. And I have a couple older cosplays I could throw back together. I have a couple costumes I did from my favorite anime. I just hope they still fit well too (I wear a lot of fitted costumes)

I think you were right with your first instinct - don’t bend! Ben Solo is so uptight, he wouldn’t be seen bending over.

Yeah, bending not an option. Or you can go as Bender. Oh lame joke moment of the day

You can even store root beers in your belly