I am thinking to let this guy go too

why don’t you just tell him that ? so you don’t play these stupid games. Some guys do not respond quickly because they are dumb.

Text him something sexy and if he really does not answer in 1 minute, then maybe he really is busy

lol nothing “sexy” is not what I want to invite that kind of attention.

this is why I liked him he doesn’t go on about sex when I’m trying to get to know him. 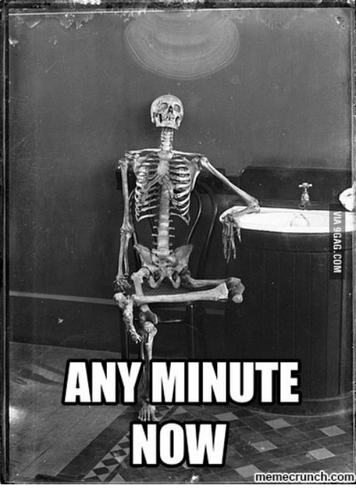 he might be with his wife or something which is why he can’t answer…I don’t trust him now.

I know he’s not married. Well I like to think I know. As he’s on Instagram with 9000 followers he wouldn’t add me there if he was married.

don’t put much importance on this. I have thousands of followers too.

Ok I’m just gonna let this one go. I think he’s one of those guys with two phones

if it happens it will happen but I’m not gonna text another message.

It’s just a guess. I don’t know. He’s not texted I sent something 4 hours ago.

Is it possible that he is at work?

I guess it doesn’t matter,

If you already have it in your head this guy isn’t going to work out,

Maybe you should just move on.

If he’s really interested, he’ll make an effort to get back in touch.

True I guess so.

If a guy doesn’t respond immediately it doesn’t mean he isn’t interested. It seemed like you were really taken with this guy. Maybe you should give him another chance.

Maybe he is genuinely busy and shouldn’t rule it out just yet.

It could be a number of things. Could be he is conflicted about relationships, like you. It just seemed like you really liked him, so don’t be in a hurry to dump him.

Give it time, he doesn’t need a year, but a week or two should tell you what you need. If aftee that time you think you should drop him, do it. If your not sure, just set a limit of how long. Not everyone wants to be pulled around, but if you don’t know him enough it might be genuine. If you’ve talked to him for months already, the I wouldn’t expect much to change. Benefit of the doubt, people are always amazing at digging their own graves if you let them try.

You are amazing. The guy could be great or a dud…you won’t get a clear answer at this stage

I’m just gonna delete him cos I’ve no time for this overthinking. I like to know where I stand. I think I scare these guys off. I’m not looking for a husband just a long term partner friend lol

I think you should at least let him know that you expect a quick response.
I’m terrible at responding, but if someone tells me they’re the kind of person who expects quick messages, I know to at least send them a message letting them know I’ve read theirs, and that I’ll respond when I can.

Give the poor guy a fair chance before you toss him aside for not meeting expectations he didn’t know were there.

There’s plenty more out there! If they haven’t heard “you should of known what you did” they cant be too serious yet to know they are already wrong

If they only check their phone twice a day, would you really want them to change from their habits just for you? I don’t mean it as a negative comment, just they will more often be out of their normal ways usually making them less happy at the start. If they are like my wife with txt/Facebook messages… well, that means it required a proof reader to send a 100 character message.