How the stigma of schizophrenia can be harder than the condition 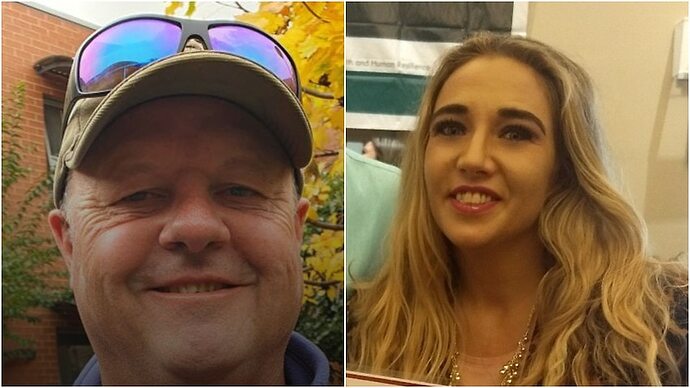 How the stigma of schizophrenia can be harder than the condition

Phoebe Kingston was diagnosed with schizophrenia in her late 20s. She told The Feed that dealing with the stigma attached to the condition has been even more challenging than living with it.

It most definitely is worse than the condition. People are extremely prejudiced and make your health much worse.

When we read the term “schizophrenia” in any scientific report,we are surprised and ask;
How can both of the writer and reader understand the reality of the whole condition from such a term ?

It is just a misleading term that makes the general reader who nationalize its meaning and follow it,he goes into his world of imagination,where he imagine (embodies) an imaginary realities of this sz in the form,subject and causes in an arbitrary manner far from its actual reality !

Everything in the term including the meaning,concept and connotation does not give us a real photograph /video of the original scene of sz,therefore no one of you could see anything

Rather,the term draws an imaginary image,make you think in mythological story that is definitively different from those facts that actually occur inside the basic nature of the person

In other words,the term does not let you know what you should know about the condition ,it goes with you into a maze without an exit in order to imagine how a number of casual factors (including;genetic,anatomical,chemical,functional,immunity,mutational,behavioral,educational ,cultural,social,environmental…etc) are combine together to developing a single condition called schizophrenia !!

Whereas,these factors are more than the casual factors required to create the human creature himself !!

I disagree that the stigma of sz/sza is worse than the condition. Flat out disagree.

I think most people who say this are people who don’t have sz/sza themselves.

if you have sz , just tell us what is it to prove the credibility of you statement !

In order to visualize a parasitical health condition that you consider it just an incomprehensible disease or complex mental illness,you allow your self to assume a combined casual factors such as the creation factors of the human being

Is this the creative chaos in the theoretical assumptions OR chaotic assumptions due to the failure to understand the nature of a single health condition be called sz ?

the question
Do you need all creation’s elements / disorder factors / environmental conditions which associated with our human nature in order to developing just a single health condition ?

I’ve never faced any stigma from this affliction.

Guess it just depends what kind of people you associate with.

In the case,if you see yourself (we meant if you sense yourself),what is the mirror that reflects the inner component of your self ?

if you belief that,the brain is the inner mirror that reflects the image of yourself,while the thing that you call it the mind is the image itself (meaning;the reflected image )

If you understand that,you can easily aware of what sz really is without philosophizing in the empty part of the cup !
it is easy to know that the hallucination is a parasitical image that does not rooted from the brain functions

I believe so, the dx itself is a burden of its own.

Everyone is afraid of that they don’t understand

Unfortunately the media paints us very badly, and campaigners like to just focus on anxiety and depression - and ignore psychotic disorders

Totally agree with you @SkinnyMe !

A,B,C …etc
A things that if you said them about the schizophrenia;
1- You are without real coexistence with the condition
2- You are speak about the condition through out the theoretical assumptions
You are student or general reader
You are witness who saw nothing
3-You can not know the actual reality of the condition"s nature except the diagnostic material which observed by the Dr. or family members
4- your are repeat what the other saying about the schizophrenia in books , scientific reports or theoretical researches , without having a personal understanding to it as a result of self-knowledge due to real experience
In most of cases, without real self-knowledge , you can say what you want without account ,because your personal ideas about the condition is just empty speak ( just a dead words that does not describe a reality, or be used to discovering the facts nor inducing any change in the constant reality )

Schizophrenia condition has acts /behaves in the basic nature of the person is different about what were said about it through out all scientific reports /researches ,because they are unable to read the internal phenomena,processes and events that occur inside the basic nature which precede the production processes of behavioral responses !!

Worse than the condition? No. But it’s not good regardless.

It would be nice if I could have some kind of empathy or support in the work force instead of having to hide this disease in shame. My therapist says I seem to think having Bipolar is a weakness. But she refuses to say schizophrenia, which is what I have…and the SSI admin wont call it a disability. Yet I have to take $2,000 pills every day for a non-disabling disease. Pharma does a good job of creating chronic diseases without a cure.

There is no a substance or /existence for a disease be called Schizophrenia inside the anatomical structure of any human being diagnosed with the sz !
Sz (term) is merely a name without having a corresponding condition or active material
within the person who diagnosed with the SZ !

The word of Schizophrenia is Just an optional word to naming a group of symptoms (such as negative,positive,cognitive …etc ) ,and it is not a name for a determined disease or/ illness or any real condition

The person who diagnosed with the sz
in actual reality, he suffering from the worse coexistence with things be called Hallucination which causing the change /disorder in the concept of higher knowledge processes which they are precede the production of behavioral responses

this means that,the hallucination is the Only real condition and it is active material inside the basic nature of the person,and there is no any condition be called schizophrenia inside the human nature at all
Therefore the term (schizophrenia) is a myth no more

If you do not believe me,you are free to tell us where is the substance of the schizophrenia disease condition or /active material inside the biological nature ?