How is this guy alive and functioning?

He even has a gf wtf 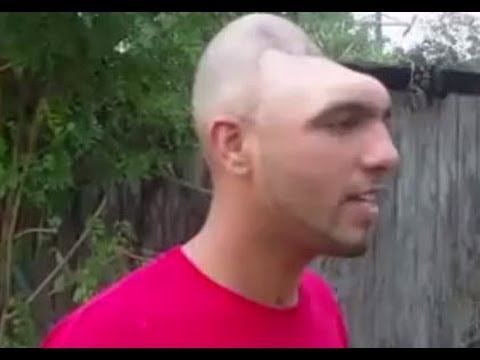 Maybe our consciousness is not dependent on our brains? If we were on a quarter of the brain chemical balancing active ingredients, imagine what we could do? Maybe stop using and driving! I don’t know about you, I’m liking my geo don ad diction, don’t you? Its a lot better than technical support or some under paid position in a corporate vulturous expedition. I’m only using .001% of the collective unconscious at this point.

I don’t think it’s right to make fun of him.

He’s apparently thriving in spite of missing half his head.

I say, good for him.

Apparently having no head at all is the goal and mission of this corporate enterprise. By that, I do not mean, not getting head. I mean, precisely, somebody wants to remove yours…

What corporate enterprise are you talking about?

He lost part of his head in an accident.

Accident smacksidents, dudes a smuck that should have protested his circumcision and every grain from europe that replaced people in Palestine, and every salvation dollar he got from daddy to prop up the next failed business vulture capitalist reality show. Not to mention the twitter bombing of hospitals. Nothing is AC dental until the teeth are pulled from the ashes of a make Shift bunker in the Last Battle we fought and shouldn’t fight again, unless we like Russian roulette, and ■■■■■■■ our selves, or voting against our interest. Wow that was harsh, now spend 2000 years proving the battle ground states. Did anything happen in the second chapter of acts, or was it all DC or Marvel Comic Books? Only men that could shitter swarm and a populace of hamburg ready made helpers hoisting Randal Flagg and Burger Joints and Whatever Corporate Drugs Allows IN Tomorrow Land for The New Kids Blocked.

A rare voice calling for compassion for people with severe disabilities instead of just sniggering with the mob. I applaud you, @anon54386108.

@anon54386108 @anongoodnurse You both misunderstood my post. I am not laughing at his illness but at the fact that he’s still a funny guy even after his accident. He didn’t loose his personality which is very deep in our brains, even sz can’t change our personality.

How many days have you spent outside of a nami club house smoking cigarettes and hoping you have something to offer the guy on two sandwich bags full of jellie bellies, or rubbing his bald spot. You don’t know me, 20 years. Spend that, don’t just worry about your ■■■■■■■ head, worry mostly about your heart, and how that can be stolen as well as everything else.

Nothing is private or stolen. Your in my my heart and I will, that you live, exprience every thing you willing to share.

I think he’s in on the joke.

Well, here’s another case of who you want to believe. I heard my whole life about how we use only 1% or 10% of our brain. But I read an article online that said that ain’t true, that we use our whole brain. And while we’re on the subject, I’ve heard many times that we don’t need 8 glasses of water a day. And while we’re on the subject, the best, most famous video that was supposed to prove that Bigfoot is real was debunked years ago. The video that’s about 20 seconds long that supposedly shows him running through the woods from about 30 feet away. I’m sure everybody’s seen it.

There is nothing funny about this.
Seems like you are taking pleasure in someone else’s misery.

@Aziz you should know better.

I’d like to think it’s not a distasteful go at someone if indeed the title is a little on the poorer side of taste.

It’s amazing the human body. A lot of scientific knowledge has been gained from the observations of people who’ve had severe traumatic injuries. I remember a man who had a stomach wound that actually healed. They got a greater understanding of the digestive track simply from observation. He had like this big hole and you could see his intestines and other organs. True story.

I remember a man who had a stomach wound that actually healed. They got a greater understanding of the digestive track simply from observation. He had like this big hole and you could see his intestines and other organs. True story.

Yep, I read about that case. Didn’t it happen during the civil war or maybe WWI? Doctors learned a lot from that guy.

Yeah it was a widely reported thing and I think your right…it was the Civil War. I think they actually had photographs so that dates it somewhat.

You know the truth is that I watch these when I am suicidal, desperate and depressed, it gives me hope that someone like that is still alive. As for laughing I often laugh at inappropriate moments for no reason like in my uncle’s funeral, when I hear someone we know has died etc Its called inappropriate emotions and its a symptom of sz. Just type in simple sz in youtube and there’s an old video about it.

I am exactly like this, ppl in my school called me stupid because I laugh for no reason, my family think I am silly: 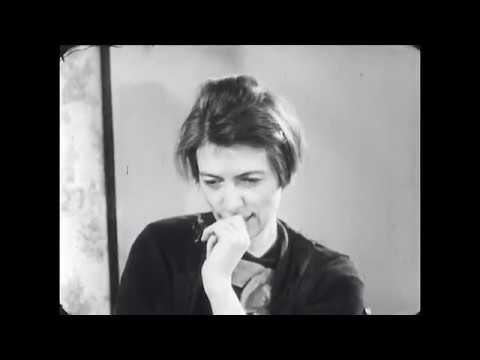 I also laugh in church when the priest is preaching and ppl look at me thinking I am crazy.