How did you find this site?

I was on a German forum but it closed down. In time the forums developed some laws. Me as an outlaw have big difficulties and problems with rules. But cause i am not such a dickhead i am still here. 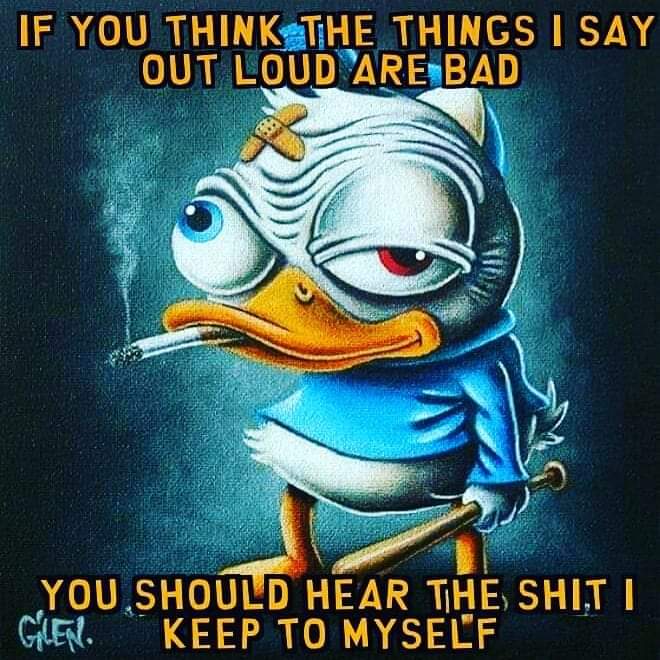 I saved that image !!

I bought an old computer that was just built from spare parts but i think i was ripped off, i didnt use it very much but i remember that i was wanting to use it and so i typed in schizophrenia.com and the old forum came up, there was a live chat on it and i think i joined but then the software changed very soon after joining and they stopped the live chat which was horrible.

the new forum didnt seem very remarkable and i dont think i used it much at first but i knew it was there, then i started writing little bits here and there, i had a different username but i cant say what it was bc i was using my real name and i got paranoid so changed it to daydreamer,

i would like to have looked back at my first posts but most of the archive was lost,

then it was breaking down and it was a long time before the new current software was ready.

i googled schizophrenia forums and found the site. Even with being an on and off member since December 2013 i still get paranoid. ill log on and read topics or make a post but then the paranoia kicks in and ill log off for a while till its passed. i really like this site it’s very helpful and a good community.

I was looking for the color of the schizophrenia awareness ribbon, as well as other symbols for schizophrenia, as tattoo ideas. If I remember right, the color is silver, which wouldn’t work for a tattoo, so I ended up with the psi tattoo I used to have as my avatar. Anyway, a forum thread came up. I had never been a part of such a forum, so I decided to give it a shot. That was November 2016.

I found this forum site by searching google for “people who came off invega sustena successfully”.

I just found it years ago when I kept looking up the side effects of different antipsychotics and things like that. It wasn’t hard to find. It kept coming up in my search results.

I was researching schizophrenia and stumbled upon the old forums. Someone asked about working and I thought that was right up my alley. So I answered and got a good response and I started coming here every other week. I started posting more and more and now I’m on it every day.

I just put in the word schizophrenia support and got the older site back in like 1999. maybe 1998.

I found it years ago when it was the old site, while researching Schizophrenia

We seem to have some things in common.

And as one of my heroes once said , i turned left at Greenland,
it was funnier when he said it

and by the way, you seem to have birthdays as often as my favorite web cam model
or it could’ve been my imagination running away with me again. if so i pologize.

I was on the old site but not very long joined here and get a lot of support. Found it through google

In the Beatles film A Hard Day’s Night, the boys find themselves facing a litany of anxious reporters and photographers. When asked, “How did you find America?,” John replies, “Turn left at Greenland.”

Just once a year. In March as a matter of fact.

I was on the older site over eleven years ago but I was anetti back then.

I had computer problems and forgot my password etc so I was off and away from the site for quiet a few years and then got back to this site with a new user name about 21/2 years ago I think.

I can not remember how I found the site but it was probably through google.

I had some friends on the old site that I had in Facebook and also that I emailed with.
Really nice people.

Now I seem more private or have not posted my pictures much and have no contact outside the forum.

Did a websearch. This was late 99 and not even sure what browser I was using. Found the old forum. Read a lot of posts and finally posted a long while later.

I was a member of another psychiatric/psychological website when a lady mentioned this website, so I made an account here in February 2016. I posted a few times, then returned to the other website. Several months later I decided to return here.

I did the same as you @anon97118089. I was struggling with my new diagnosis and i googled schizophrenia forum. I wanted to talk to other people like me so i wasn’t so alone.