Hi, I Found some Articles .

I found this book, by leading British experts, it says High prolactin ( hyperprolactinemia ) can cause ’ Pregnancy - delusions ’ . . It’s written by a Professor in Clinical Psychiatry and, a Professor in Psycho-pharmacology with, a whole team of specialist Psychiatrists and, pharmacists . . 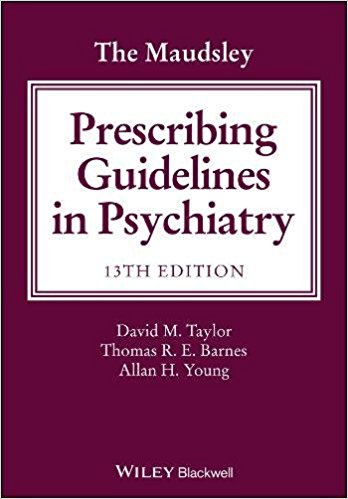 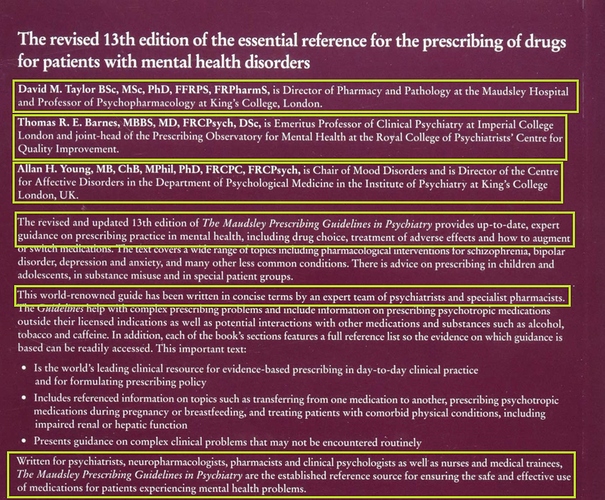 All I know is schizophrenia can harbor some unhealthiness with obsessive thoughts. I know you’ve had some issues but didn’t you just ask to change meds?

I got raised prolactin when on risperdal. I had sore nipples and didn’t want any crazy side effects. I told my doctor and we changed to zyprexa. Worked out a way better drug for me.

No offence. It’s a known issue but you appear to me to be fully into this subject in an unhealthy way. Are you seeing a doctor now?

Hello @Jesper_Bech,
I’ve taken a look at this snapshot.
On page 137, it says “Hyperprolactinaemia is often superficially asymptomatic (i.e. the patient does not spontaneously report problems) and there is some evidence that hyperprolactinaemia does not affect subjective quality of life.” (emphasis added, Taylor et al., 2018).

I personally think that you are focusing too much on this issue; prolactin build-up is possible, but your argument is going against most of this article snapshot. I have quoted this in academic form for you. These are potential risks, not definite. This snapshot is talking about symptoms in women who have phantom pregnancy and referring to it as ‘delusion’ (I think that’s what it says here). False pregnancy is a known, rare psychiatric condition.

If the risks of prolactin is serious, then the psychiatry field will know a lot about it. Please do not worry. The doctors will be able to prescribe with appropriation to your condition.

Are you seriously starting this again? We went through this same exact article over and over again. You didn’t just find them. We discussed SEVERAL times in specific detail how you were wrong about all these studies you kept highlighting that didn’t even pertain to you and you were even shut down from the moderators for writing the same thread multiple times. I took a lot of time explaining all of these studies to you!

Don’t you remember what was told to you on the last thread you started this on? You were told if you started another thread on this again you would be closed down!

Thank you for your contributions, I’m happy . .

Has any-one else had this . . I’ve had very sensitive, ’ tingly ’ nipples from prolactin and, my nipples and, red area ( areola ) grew bigger . . It seems to me Prolactin doesn’t just prepare the body for pregnancy ( milk ) but, also the mind . .

I appreciate your input, I’ll assume that means you haven’t had these side - effects . . Can I ask some-one else . .

ps. Yes, the article says Prolactin is often super-ficially asymptomatic meaning, not every-one talks about these side - effect possible from feeling embarrassed . . But, I’m talking about them because I want to know more . .

ps. Bigger nipples and, areola is known side - effect, it’s called ’ Hypermammatrophy ’ it says so, on Risperdal pills - -

Actually, ’ False pregnancy ’ is Not a psychiatric disease, it’s a Physical disease where the body goes into Physical changes, Similar to pregnancy . . I think the Precise term for ’ Phantom - pregnancy ’ is ’ pseudo-cyesis ’ . . It’s confusing . . .

I assume from what you’ve said, you haven’t had these side - effects, except rogue - one, you had hard nipples, on Risperdal . . That’s normal, it means the Drugs are preparing your body, for Breast - feeding . . All women experience this, the nipples actually change a lot, during pregnancy . . It’s pretty wild . . They grow bigger and, darker, from increased blood flow and, they also grow bumps, that release sebum or, skin oil . . It basically makes the nipple prepared for breast - feeding . . Prolactin can also cause the Breast - gland, right beneath the nipple, to grow, in both men and, women . .

Thank you for your contributions, but I’ll trust British experts so, when they say I can have ’ Pregnancy delusions ’ on Prolactin - drugs, I Believe them . . But, I agree many people may not have had this side - effect, may-be it’s rare . . I’ve met two girls, who had it, a lot, they were constantly touching their stomachs and, saying they were close, to having twins . . But, a lot of patients haven’t told me about this so, it might be quite rare . . I’m asking . .

I appreciate your attempts to convince me, they’re good . .

I’m not a doctor but if this concerns you, please see a doctor. Are you being treated for sz?

Oh my god! This is like beating a dead horse! You know what, I give! You’re right, go to court. That’s what you want to hear so if that’s what it takes then so be it!

And yep, that’s exactly what the British experts were saying! You hit the nail on the head!!!

My own doctor admitted in court, the articles were good, about Valproate causing Testicular atrophy and, said I’d taught him things about Drugs, he didn’t know before . . That was in court . .

But, he’s not commented on all the articles so, we’re going back, as I’ve found a lot more stuff in the last 6 months, after I appealed . . They only know what I submitted, back then . .

What does Prolactin do, what side - effects does it have, is it pyscho-active hormone . . Does it affect the brain, if so, what does it do - - $

Then ask a doctor, we are not doctors here.

My Psychiatrist has said I can talk to Endocrinologists and, get testosterone . . My new doctor . .

But, Testosterone treatments causes Testicle atrophy and, infertility . . I need hCG and, hMG treatments . . They make Testicles grow, but my doctor says they’re expensive, so he won’t . . It’s about money but, my Mom wants me to go to a Private hospital, in Denmark . … She’s paying . . He refuses the good drugs because, they’re expensive . .

I get Testicle atrophy by accident because, the doctors didn’t know what they were doing, the research never got to them, an un-disclosed side - effect . . So, I got into a fight with them, I didn’t want to get castration, especially since Valproate stopped working after 3 - 4 months, they gave it to me on principle, not effect, that’s fun . .

I’m just going to go to court, to make my doctor admit the drugs are responsible for side - effects, I’m not seeking settlement, anything . . Just an apology . .

I take testosterone and my testicles are fine. I have low t and high prolactin. It is what it is, so I just deal with it and do the best I can to fix it.

There are rare side effects for every med you will ever take. If you just focus on possible side effects your whole life you will just drive yourself insane.

I am a drug patient.