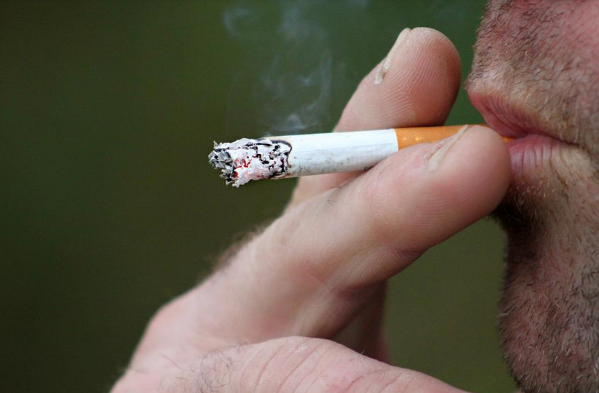 Well well well.
A pdoc once told me the smoking habit often gets worse right before a relapse.
This seems like contradictory evidence.
I’ve managed to cut back a lot, I am at peace with my current amount of daily tobacco, which is usually 8 cigarettes.
My cognition is quite good, given the circumstances. Remains to be seen is cognitive benefits outweigh the potential health risks associated with smoking. My guess is, they don’t.

Yeah? Well, it is no symptom to be alive, it was once called a symphony.

I “eat” or dip a lot of tobacco (tobbaco pouches, white, stainless) i couldn’t live without. Its a heavy source of nicotine, almost as much as a cigar.

How long you’ve been doing that? Do you think you’ve build up tolerance?

I can attest that giving up smoking helped my mental health in the long run for sure. I think exercise in iteslf can do so many positive things that nicotine couldn’t but I never knew whilst smoking. That is my two cents.

I switched to nicotine lozenges after chain smoking for a couple years and eventually weaned off them. I would personally go back to using them if my voices and other hallucinations came back.

I remember they were developing a med based on nicotine but I don’t know what ever became of it.

For 15 years, yes i build up tolerance to a certain level, now its steady about 10 a day, semistrong. I get dizzy by the strongest, it’s really a heavy nicotine buzz

I tried to explain this to my brother, but no, he wouldn’t have any of it. The idea cigarettes could be keeping me calmer and less strung-out and mentally dead meant absolutely nothing to him, and he called bs on it a lot.

How much does it help? With cognition?

Ever thought of stopping it?

If he is non smoker normie he is not having any of it. Heck even my psychiatrist doesn’t want me taking ADs. There are people who think we can just muster away mental illness. Brute force our way out psychological dysfunction. Don’t need any meds.

They just haven’t walked in our shoes.

I know how much everybody hates smoking these days. But I love it. It does help me concentrate and make better decisions. It helps me from becoming so internal that I lose sight of the world around me. Smoking is also a social activity among smokers and sometimes it gives me an opening to initiate conversations with new people. I think smoking is not as dangerous as it’s made out to be. Hell, the longer I live the more likely heart problems and cancer become whether I smoke or not. So I’m resigned to smoking - a lot. And yes it does help my variety of sz, but that’s anecdotal evidence and ought not be taken as advice.

I also use other stimulants to assist my thinking - modafinil, nicotine, sugar, etc.

My Dr wanted me to try it. How does it help you?

It helps me be more alert during the day. I have issues with sleep apnea and that’s why the pdoc gives it to me. My cpap isn’t working now too, and modafinil goes a long way to help my day to day functioning. It is a mild stimulant based on ritalin, and it was originally given to soldiers in the field to help their resilience.

This is the exact opposite of what I have experienced over the years.

Thats why my Dr wants me to try it. She wants me to use a cpap but I refused. I use caffeine 400mg/day now, it helps.

Yes there are paradoxical effects that chemicals sometimes have where they act exactly the opposite to what is usually experienced. That’s like why they give heavy stimulants to people with ADHD to slow them down, and it usually works.

I just remember that the people who lived in the smoking room in the ward (back when they still had those) were generally also the most unstable people there. All seemed to have been diminished cognitively as well. Same with support groups. Not there there aren’t standout individuals who smoke a lot, but they were fewer in my experience.

i cant smoke on my meds due to cyp1a2 inducing properties of smoke that reduce amount of meds in system. i chain vape all day tho