Have you met a famous person?

Robin Williams. Partied with him in Vegas at a topless show opening night after party. Then we got coffee a few years later when we ran into each other at an AA meeting.

I was living out of an old bus when I met Andrew bird. Ran into him on an old farm he was recording in this old barn. I was hanging out with some amish/ Mennonite kids. One of their grandfathers served in the German army in world War ii. I saw the ghost of Abraham Lincoln on ecstacy. It was really weird. I was psychotic hopping freight trains.

I had a brief interaction with Cory Booker when he came to read at the bookstore I worked at in NYC. It was just pleasantries and me telling him where to go.

I shook Kevin Bacons hand, I met Rob Reiner, I met Boomer Esiason the Jets quarterback.
I went to school with Alex Winter.
I knew Kim Zimmer I saw and met many other famous people and celebrities.

I was raised in a very theatrical town where lots of celebrities lived and socialized.

If I met a famous person it would be hard not to be silly around them but I’d try to remind myself that they’re just like me. They just have an occupation where everyone knows who they are. I would think that they’re tired of being put on a pedestal and just want to be normal.

I met Nick Rhodes and John Taylor from Duran Duran and got their autograph.

i met 3 nba players. the most prominent being kenyon martin when he was still in college. the other 2 werent in the league long. o and buddy guy, the electric blues guitarist, i briefly met, i didn’t even really know who he was haha, it was after i saw him live, i just said “great show”…it was at a festival.

I saw some look a like famous. But i would never go up to someone famous and try to start a conversation when i met one. These famous guys can’t even go unnoticed in a pizzajoint. 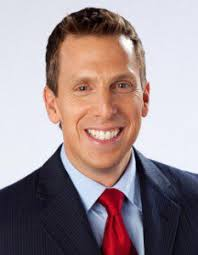 I even beat him in a debate in English class in grade 12! lol! He would remember me, I’m sure.

I gave Kimberley Caldwell my umbrella when she was in the city performing with American Idol.

I worked at a day spa across the street from her hotel, and she and a bunch of Idols were in looking for services. It was raining by the time they left and Kimberly didn’t have an umbrella, so I gave her mine.

my brother also took me to university of cincinnati bearcats basketball game when i was young lilke 8-10 years old. i remember we went down to the 1st row of the student section before the game and were watching shootaround. and then bearcats guard lazelle durden walked by, and my brother was like hey lazelle, you’re my little brothers favorite player, then he was like “this is the man right” and i was like yeah, lazelle signed my program, then he went into the locker room and got all the guys to come out and sign my program including famous head coach bob huggins, maybe even danny fortson who played in the nba was on that team. lazelle durden is a real cool guy i thought after that. he was a silky smooth 3 point shooter back in the 90’s.

Joan Baez walked into where I was working.
I saw Vincent Price give a talk at a college and afterwards he went into the packed library and mingled and talked to everybody personally. I was standing right next to him and was going to shake his hand but I chickened out. I was like 13 years old.

i walked past noel fielding once from mighty boosh 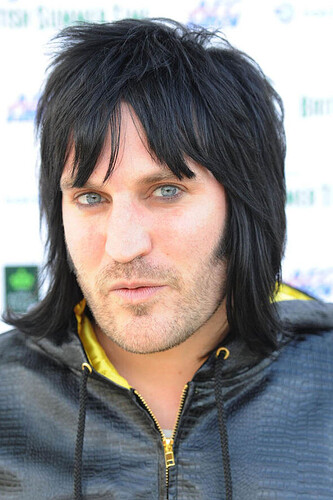 i liked to think we shared a special moment

I’ve met some famous folks at fan conventions, book readings, and other performances.

I met all the people from MST3K at a meet and greet. Well, everyone except Mike Nelson. It was a Joel event.

I met a few cast members from Torchwood at conventions. I ran into Burn Gorman coming into the hotel at Dragon Con and told him I liked his performance in Wuthering Heights.

I waited in line to have David Sedaris sign my book but chickened out because I was so nervous.

I used to love watching him play

Come to think of it, when I was younger I went to a comic convention and there could have been some names there.

I was more interested in buying mid-range cost back issues.

I got to actually see a genuine copy of Giant size X-Men 1. The comic from I think '79 that started the team with Storm, Wolverine,Nightcrawler, and Collossus.

In hindsight, that was more of a treat.