Have you gotten an MRI?

Have you gotten an MRI?

I did in 2011 - My psychiatrist at the time (I was in a different country)
told me, there seems nothing wrong.

I will ask my doc to get a new one for me.

Have you done an MRI? 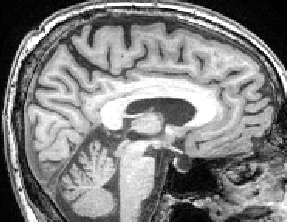 Yes I had an MRI sometime about 9 years ago and came out alright as well.

My step Mum had it. The MRI scanner is as big as a room. Futurists predict handheld MRI scanner in the far future.

Yes, twice and neither one found anything abnormal

I’ve gotten bunches of MRI’s. Mostly for MI and migraines. One was to rule out tumor. They were all normal.

I had one in 2013 at the hospital and I was supposed to have one in 2010 but I was scared the machine would zap my brains to smithereans so I never went to the appointment (it was right as I was getting psychotic) but I did get one in 2013. I was in one of the worst state of minds I ever was in at the time, but they never said anything was “wrong” other than giving me a schizophrenia diagnosis when I left the hospital.

I’ve had a couple, and have another one coming up. I think the only one I’ve had of my brain was an fMRI while I did a task for someone’s research project. They said my brain looked normal

I’ve had dozens of MRIs and they never showed anything wrong, other than the brain tumor.

I’ve had a bunch for various things. Only one for the psychosis. What do you want an MRI for?

My pdocs in the state hospital had an MRI done to count out the possibility of tumours causing my schizophrenic behavior…stumped the pdocs…no tumor and no other cases of schizophrenia in my family…I blame the environment I was in…plus I’m too sensitive.

I had one done several years ago. The results were normal. Maybe something to do with the limbic system, although not significant.

Yeah I’ve had a couple.

One was because I had a gran mal coming off of xanax. Another was over here in Australia for the Australian Schizophrenic Research bank.

I also had a catscan and I had a look. I didn’t have enlarged ventricles but they are asymmetrical…I wonder if that is a sign of schizophrenia??

I had one and have another coming up. Mine showed the pineal gland cyst and cortical atrophy (yikes). Which is why I am getting another one - to rule out dementia. That is something I definitely don’t want.