Has anyone thought about having a therapy group on the Net?

it would be a comforting and nurturing group. A place to share your struggles without broadcasting them to everyone on the site?

I think it sounds like a good idea…but what about liability if one of the folks in the group commits suicide? What would shield you from any repercussions?

One of my past tdocs did them. Would feel more comfortable one on one though.

I’m told I am good listener. You could always feel free to talk to me.

Well this group may have a monitor or people could take turns in leading the discussion. Many of you are wiser than you think you are.

Oh I miss understood. You mean your leading the group?

I would be willing to initiate the group in the beginning, but group therapy works best when there isn’t a delegated leader.

Still very much the blind leading the blind though isn’t it?

group therapy works best when there isn’t a delegated leader.

Sorry to be obtuse, but when people make assertions like this, I wanna know where the evidence is.

the blind leading the blind

Glad someone with some insight jumped in.

I think having an online therapy group is a bad idea - I don’t think that it would work out so well.

Besides, it would have to be monitored professionally. 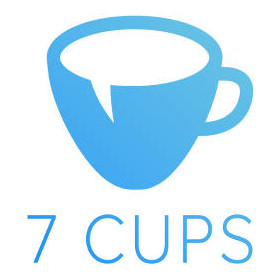 Online Therapy & Free Counseling, Someone To Talk To | 7 Cups

Find Help, Online Therapy & Free Counseling and Someone to Talk to while on the go! We are here to listen.

They are looking for good listeners…(readers)

While I dislike being around people, I am more comfortable with a F2F meeting, preferably my usual 12 Step ones. I’ve been preyed on by enough people who have some sort of Internet Munchausen’s over the past few years that I don’t want to get mixed up in an online group that may have more of the same.

Not to slam your idea, but not something I’d be taking part in.

Still very much the blind leading the blind though isn’t it?

Was waiting for that. It’s still follow a program that works though. Unlike a random therapy group. Yes I guess you do need to break a few eggs to make an omelette, but still very much the blind leading the blind.

but still very much the blind leading the blind

More like the blind listening to the blind. Sometimes it’s just enough to know that you’re not alone and there are others walking the same path.

Thought that was what support groups where. I’m in one those already, online. You know you’d make a good mod on one them, I think. IDK each to their own, I guess.

I’m in one those already, online

I’m sure they have value for some, but I’ve had horrible luck in the past. I’ve found that people won’t say stuff to your face they’ll say online. Makes the F2F meetings preferable to me for that reason. Trolling is less desirable when your nose is within range of several fists.

Trolling is less desirable when your nose is within range of several fists.

Much of the time. But, fortunately, not all the time. (AA was fantastic for me when I was a complete idiot. Now that I am only a partial idiot, it often irritates the piss out of me. BUT… how long did it take me to get from “complete” to “partial?”) (Answer: Way too ■■■■■■■ long.)

Now that I am only a partial idiot, it often irritates the piss out of me.

I can’t claim better than partial idiot myself. Here’s the problem: There was someone there for me when I first showed up, so… Gotta pay it forward.

Besides, if I don’t show up I’ll leave newcomers at the mercy of the Drunkaloguers and the AA Nazis. Not cool.