So, I’m up late due to music and have a question.

What is the deal with grape fruits???

I take abilify and have re-read the pharmacy warnings and instructions several times. It always says that they are unsure how it will react with grape fruit. Anyone know why?

What did the grapefruit do? I just don’t understand you know. WHy him? Of all the fruits

What properties? THe fruit. What does it do. Why nt lemons and lines. Why the grape fruit I ask. I saw a grape fruit a while ago. It didnt seem strange. My friend bought it. She likes citris fruits a lot. I wish she had a fruit tree because she likes citiris fruits.I actually have a friend who has a grape fruit tree. I was wondering if I could eat the grape fruit. I decided against it, for it could be dangerous.

Clinicians perceive psycho-farmacotherapy as a real challenge mainly because of numerous adverse effects and drug interacions that may lead to potential life threatening consequences. The amount information that must be taken into account while prescribing psychotropic drugs grows day by day and it is really difficult to stay well informed. Food, like grapefruit juice (GJ), is also a significant source of interactions, which is sometimes forgotten. Grapefruit contains active bioflavonoids that may change bioavailability of many medications and raise its concentrations above toxic levels. The mechanism of interaction is complex and connected with the influence of GJ active ingredients on prehepatic metabolism and enteric absorption pathways using p-glicoprotein (PGP) and organic anion transporting polipeptide (OATP). The main direction of GJ action is inhibition of cytochrome P450 1A2 and 3A4 isoforms. A wide range of medicines used in daily psychiatric practice undergoes phase I oxidation with CYP 3A4 and 1A2 i.e.: anxiolytics, antidepressants, mood stabilizers, antipsychotics and procognitive compounds. It raises the potential risk of dangerous interactions with grapefruit juice. GJ is generally contraindicated to patients taking psychotropics and it is advised to inform patients about described interaction.

Very interesting. I think I likes this fruit but avoud it safely.

Thank you @Minnii I am enlightened with soul and mind. A swell morning to you amici!

@sharp is it a sick twisted fruit? heheheehaahaha/ I love that one. how can someone be a fruit? I would be a peach, no a tomato 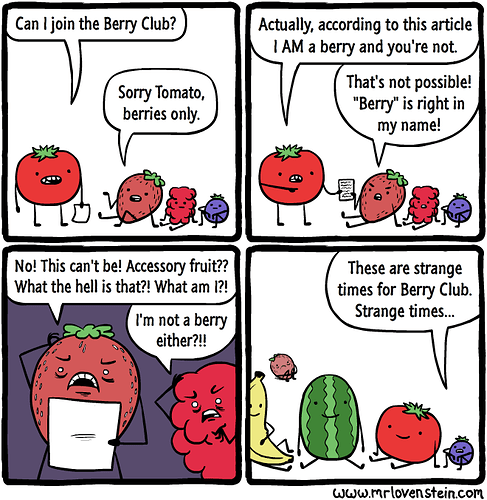 Yeehheee. I am a tomaot tomato? to-moato. Im’ saying this all out loud. Its nearly 2 AM now. I hope mi famigia doesn’t murder me with a stick for the tomatoing! Tomato is friends of potato yes ? He is a berry special guy ehehehahaa

You definitely need some sleepii time

That is a negative general Minni. To much rando music around ze brain. I’ll find slumber everntually.

You young folk and the desire to stay up late

jk, I was exactly the same.

I just woke up

Grape fruits always seemed acid and bitter and sour to me. It wouldn’t surprise me that they’re bad for us.

Something to do with the CYP3A4 enzyme according to that.

Good to know, I didn’t realise there was an issue. Thanks.

Goes for pomelos too damn shame.

I used to drink a glass of grapefruit juice after every mean because I was told it would be good to keep my weight down.