Do you go hiking ? I used to do it when I was in America, Smoky Mountains in the southeastern US … The Great Smoky Mountains are a mountain range rising along the Tennessee–North Carolina border in the southeastern United States. They are a subrange of the Appalachian Mountains, and form part of the Blue Ridge Physiographic Province. The range is sometimes called the Smoky Mountains and the name is commonly shortened to the Smokies. The Great Smokies are best known as the home of the Great Smoky Mountains National Park, which protects most of the range. The park was established in 1934, an...

Yeah I go hiking every day almost. My last pair of timberlands lasted two years before they got a hole in them lol.

Do you like caves? I once went to Mammoth Cave, I also visited caves in France and Venezuela in my old life. 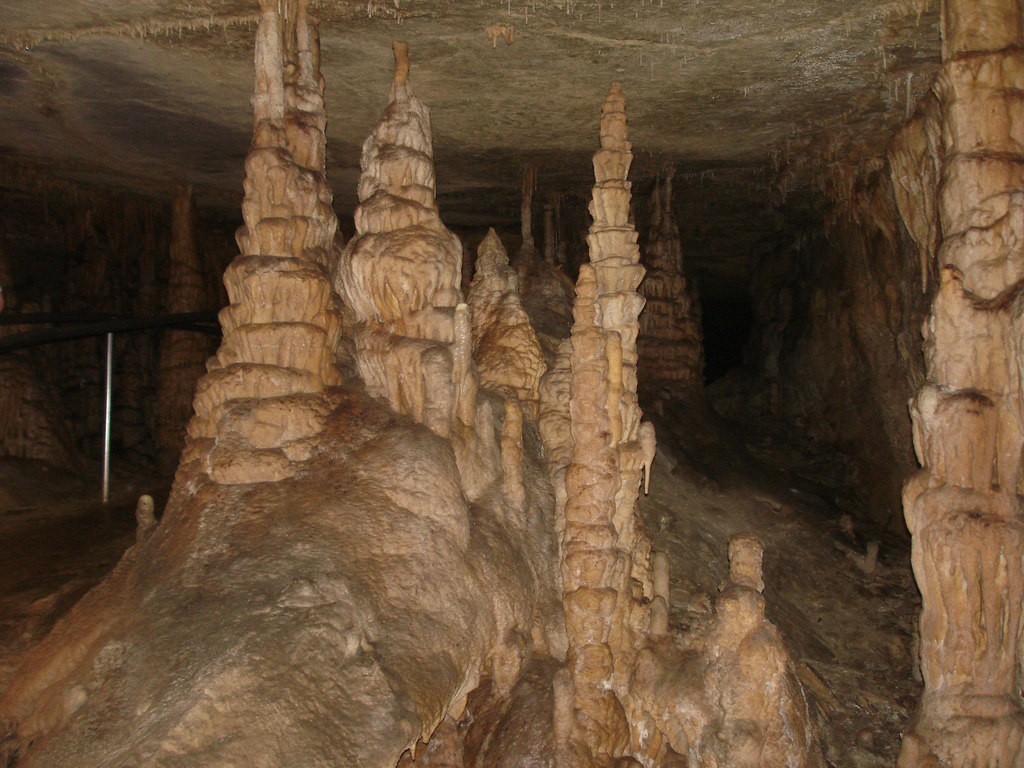 Mammoth Cave National Park is a U.S. national park in central Kentucky, encompassing portions of Mammoth Cave, the longest cave system known in the world. Since the 1972 unification of Mammoth Cave with the even-longer system under Flint Ridge to the north, the official name of the system has been the Mammoth–Flint Ridge Cave System. The park was established as a national park on July 1, 1941. It became a World Heritage Site on October 27, 1981, and an international Biosphere Reserve on September...

I used to walk to a lake 4 miles off the Kansas University campus called Clinton Lake when I was a young man. It had woods, walking trails and deer around it. I loved the woods growing up and walked a number of nature trails around TN, GA, and did a little walking in the NC mountains.

I have a pair of boots just like that or used to have them. They were over 24 years old. I finally threw them out.