Got My Cat Fat! Now a Robot Feeds Him

I’ve been working full-time since the end of last year and my habit of just leaving a pile of cat food for the cat has left him too fat. 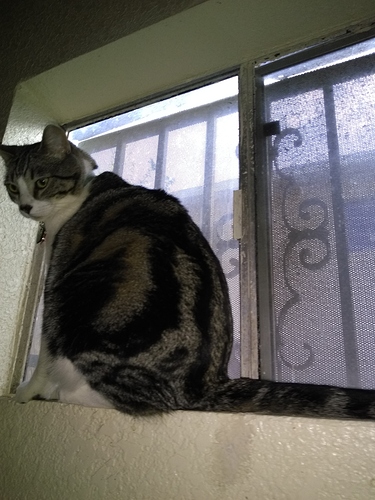 I knew I had to take action…so I bought him this $60 dollar robot to take over portions for me: 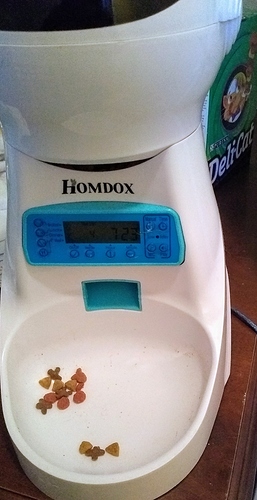 *I had just finished loading more food into the feeder robot and some kibble fell out the front into the bowl, which is why that portion is so small. That is not actually one serving size lol.

He’s getting a check-up in an hour at the vet clinic down the street! Wish him luck that they won’t require anything expensive!!! He looks healthy and acts playful and energetic, but you never know.

*missed you guys! Sorry,I’ve been busy and stressed about work and my off hours were mostly me sleeping all day long lol, but I do have great news: I finally found a psychiatrist who takes my insurance so I have an appointment in mid-April to get back on ap’s and anti-depressants!!! After like 6-7 months of not having any pills!

Nice to hear u @HQuinn… u are really doing great at job… how are u today…???

That is not actually one serving size lol.

Ahaha! When I saw that photo, I thought …damn…that is some strict portion control…

hope you are great, too far!!!
@Moonbeam I burst out laughing!! Man, my cat would would be MAD hahaha if I was like okay only 6 bits of kibble today, okay baby?

@Moonbeam
The human equivalent of that portion size: 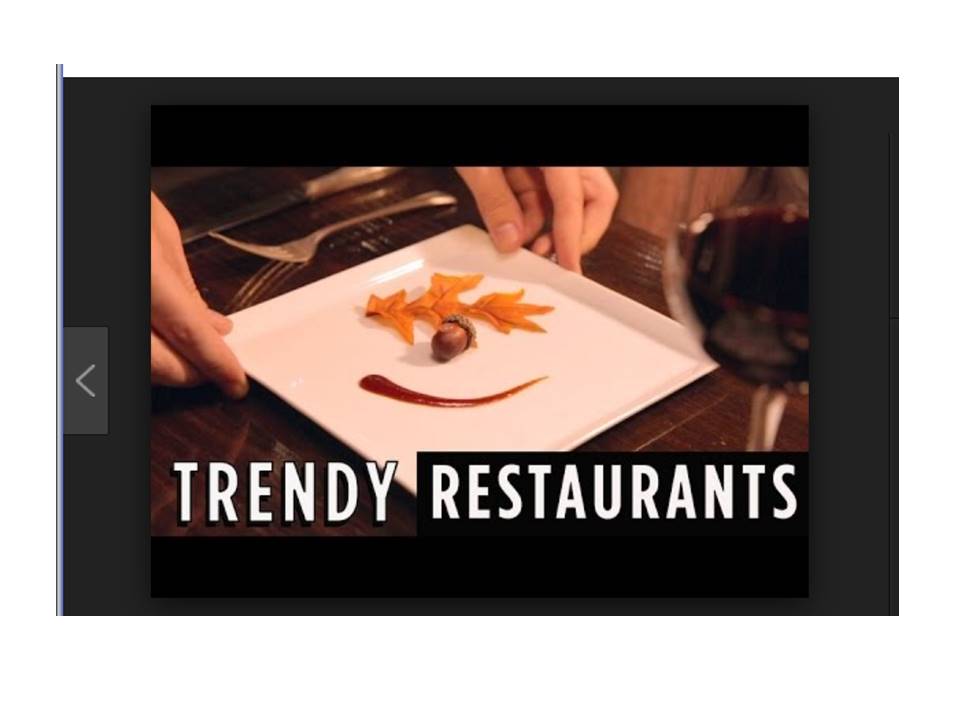 Just got back from the vet clinic and the good news is that he’s healthy! Bad news is his vaccines are due this year, so I scheduled him for his next vaccine round first week of April (I totally forgot those vaccines expire!)
He also got his nails trimmed (NOT declawed, just trimmed), so that’s good! Doctor said he was a very friendly cat!

This is really cool, I should get one for my cat.
I just switched her from raw to kibble, and I never know how much to feed her.

I have one cat who was a rescue from a family who I can let free-feed - she’s more likely to undereat than overeat. My other cat, from a shelter rescue, is like a dog. Totally food obsessed and believes that he has to wolf down any food in front of him or he’ll miss his chance. He’s been here almost four years and he still thinks he’s starving. I feed him on a strict schedule, otherwise he’d be so heavy, he’d be unable to move.

Good idea with the food robot! My cats eat wet food, so that’s out for me.

If cats could talk- yes, I would want a cat.
In any case having a cat as a companion is better than having nothing( albeit worse than real people).