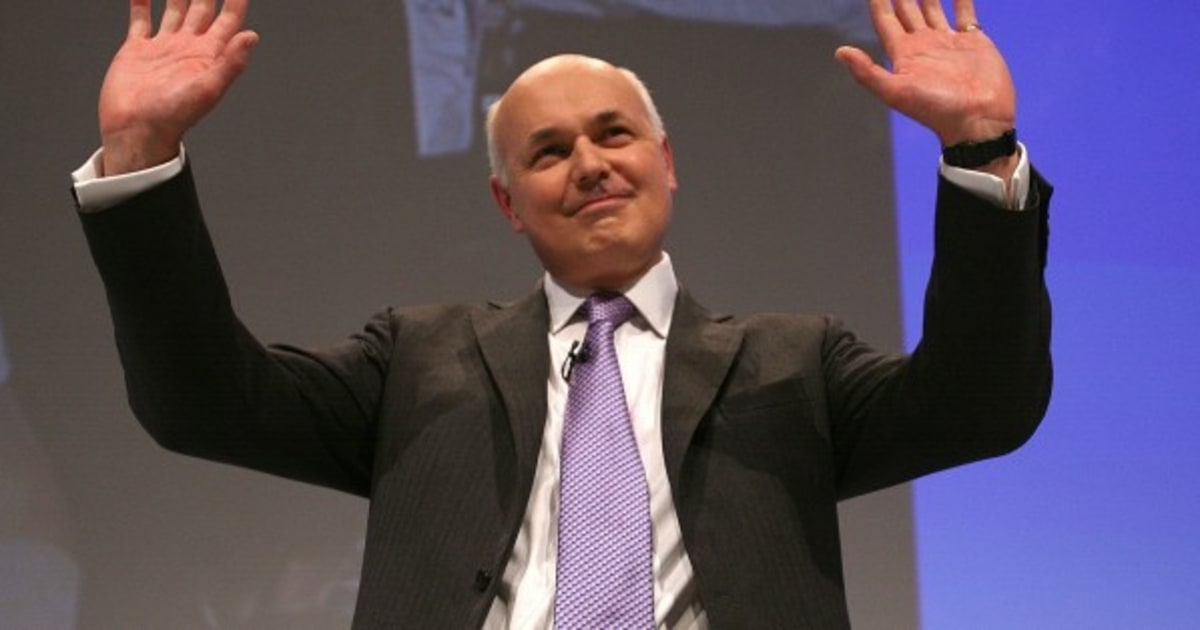 The Government Doesn't Want You To Know How Many People Died After Their...

A petition has been launched after the Department for Work and Pensions (DWP) blocked the publication of statistics showing how many people have died within six weeks of having their benefits stopped....

Data released by the government in 2012 showed that 10,600 people in the UK died between January and November 2011 once their benefits had been stopped. However, the up-to-date statistics have yet to be made public. “Manifestly inadequate” are words that should ring in Iain Duncan Smith’s ears for some time to come. They are the Council of Europe’s verdict on the UK’s social secur…

An average of 73 people a week were dying after going through his ideologically-motivated work capability assessment. 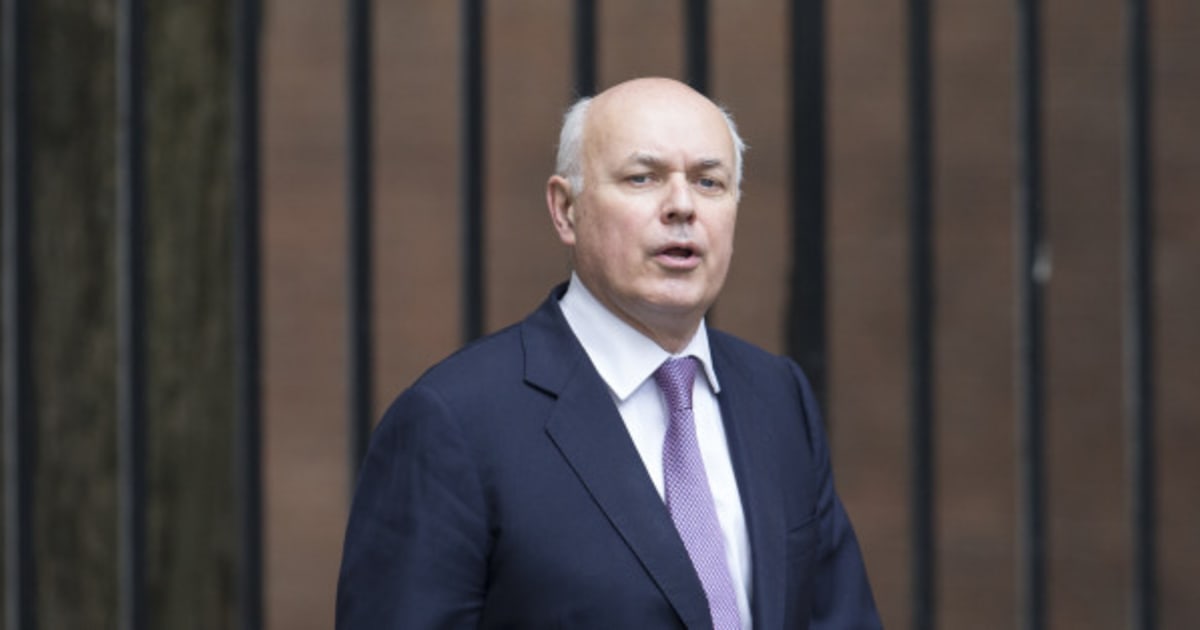 The UN’s Committee on the Rights of Persons with Disabilities (CRPD), which is carrying out the unprecedented inquiry, has the power to launch a formal probe if it receives “reliable information” that human rights violations have occurred in a country signed up to the UN Convention on the Rights of Persons with Disabilities (UNCRPD).
This comes after a report last month by the Just Fair coalition suggested that the UK had descended from being an international leader in disability rights to being in danger of becoming a “systematic violator of these same rights”.

The committee refused to confirm or deny that it was investigating the UK, as its investigations are “confidential”. However, former CPRD member professor Gabor Gombos, told a conference in June that the CRPD had "started its first inquiry procedure against the United Kingdom”,[/quote]

Article 22 & 25 (especially) of the Universal Human Rights Act are being broken by the current UK Government.

It’s truly priceless that Iain Duncan Smith can accuse anyone of misrepresenting...

I’m not well at the moment and supposed to be resting, but I must make some comment on record regarding the disgraceful behaviour yesterday in parliament...

In light of the many official public rebukes that the Tories have faced for telling lies and using fake statistics, and given the fact that the Governmentface a United Nations inquiry regarding the fact that their welfare “reforms” are incompatible with the Convention on the Rights of Persons with Disabilities, it’s truly remarkable that Priti Patel and Iain Duncan Smith have the cheek to call disability campaigners “thugs” and opposition MPs “liars”, when they are faced with valid concerns and founded criticisms regarding the consequences of their draconian policies.

This said, a well-known bullying tactic is projection of the bully’s own inadequacies and nasty traits onto their victims to cover their tracks. Scapegoating is used to divert public attention and to justify the bully’s own vicious actions towards their targets. It’s so telling that bullies always accuse others of the very things that they themselves are guilty of.

Rather than do the decent, democratic thing and organise an independent inquiry into the Work Capability Assessment related deaths of sick and disabled people, and carry out a legally required cumulative impact assessment of their nasty, punitive and cruel welfare “reforms”, the Tories prefer to simply deny that there is any correlation between their policies and the increased mortality statistics, released recently by the Department of Work and Pensions, following the order of the Information commissioner and a tribunal ruling.

Debbie Abrahams, amongst others, had raised concerns regarding the recent mortality statistics release, as well as calling for an inquiry into the cruel sanctions regime that is leaving people without their lifeline benefits and without the means of meeting basic survival needs. The lack of capacity for rational response that Patel and Duncan Smith demonstrated was frankly far beyond disgusting: it was frightening.

These ministers are sneering, dishonourable, dishonest and callous Social Darwinist stains in British political history and they need removing from the position of power that they occupy, simply on the grounds that they are formulating and continually justifying policies that cause harm, distress and sometimes, cause terrible and tragic consequences for sick and disabled people. That they demonstrate such a fundamental lack of concern for the welfare of UK citizens and persist in their refusal to accept that there is even a possibility that Tory policies may be causing harm to ill and disabled people is a very damning indictment.

Yet these ministers have no grounds whatsoever for their claims that there is no provable causal link between their policies and the increase in mortality, because the correlation is shown by their own record of statistics. The same statistics that they fought very hard to withhold.

Denial, sneering and directing malice at anyone who raises concerns and by accusing everyone else of being liars does not constitute a reasoned debate, as is expected of a government, nor does it count as empirical evidence of the claims being made by Tory ministers.

So it’s absolutely priceless comment that opposition ministers, who have raised concerns and cited cases of extreme hardship and tragic deaths many times – all recorded on the Hansard record as well as in the media – that are clearly correlated with the welfare “reforms,” are accused of being “liars” and are “misrepresenting statistics” by the despicable liar Iain Duncan Smith.

It’s very reasonable to raise concerns about policies that are damaging people. It’s unreasonable of the government to deny those concerns have any legitimacy, despite evidence to the contrary. Many of us have gone through the Tory-reformed Work Capability Assessment more than once and know only too well what a dreadfully stressful experience it is, and how it tends to exacerbate illness, only to be dismissed by the Tories and told that the accounts we have given and the cases we present as evidence of the urgent need for investigation are merely “anecdotal”.

Yet when the government talk of “scroungers”, the “workshy”, “generations of ‘worklessness’”, a “culture of entitlement”, a “something for nothing culture”, we are expected to accept that at face value as “empirical evidence”. With no offer of reasoned discussion.

With further debate about the assisted dying Bill due in parliament, one Tory minister said: “ We have to legislate on behalf of the weak and vulnerable”. However, the Tories’ track record on policies aimed at the weak and vulnerable is hardly shining with compassion and good intention. This is a government that doesn’t provide adequate support for many sick and disabled people to live, so I doubt it has the capacity for the compassionate administration of assisted dying. It’s a government that prefers to simply scapegoat rather than support social groups and dismiss them as some kind of “burden on the state”. How could we be sure that “euthanasia” won’t simply become another Tory method of reducing welfare and healthcare costs?

Yet most sick and disabled people have worked and paid for their own support provision. And for those that have been unable to work, any civilised country would choose to support them, rather than direct malice at them. I don’t think this is a good context to debate euthanasia – with such an untrustworthy and unreasonable government in power and with their history of draconian policies, and rationing of health care and welfare for those most in need of support. Such class-directed rationing is very clearly underpinned by Social Darwinist ideology.

In fact I am very worried because history has taught us that there’s a very steep, slippery slope from euthanasia to eugenics.

As I have discussed elsewhere, the point-blank refusal to enter into an open debate and allow an open, independent inquiry into the deaths that arecorrelated with Tory policy is extremely worrying and reflects a callous, irrational and undemocratic government that draws on a toxic and implicit eugenicist ideology and presents a distinctly anti-enlightenment, impervious epistemological fascism from which to formulate justification narratives for their draconian policies, in order to avoid democratic accountability and to deflect well-reasoned and justified criticism.

This is not the conduct expected of a government of a very wealthy, so-called first-world liberal democracy. It’s not the behaviour of accountable, responsible, decent, moral, rational and reasonable people, either.

Some people get a early retirement for having headaches in the morning, or having an ingrown nail

I have schizophrenia and a heart condition, no pension, and they expect me to live of 1k£ when my housing costs including debt to the govt. is 1k£.

I used to write freelance for a decent amount a month, but had to stop