Drummer of the Band "Madness", Wood Westgate Talks about his Brother's Schizophrenia

I don’t know who this person is - but sounds like he and his band was well known in the UK: Madness are an English ska band from Camden Town, north London, who formed in 1976. One of the most prominent bands of the late 1970s and early 1980s 2 Tone ska revival, they continue to perform with six of the seven members of their classic line-up. Madness achieved most of their success in the early to mid-1980s. Both Madness and UB40 spent 214 weeks on the UK singles charts over the course of the decade, holding the record for most weeks spent by a group in the 1980s UK singles charts. However...

Dan ‘Woody’ Woodgate joined The Invaders as drummer in 1978 - they would soon become Madness and enjoy massive success over the next four decades.

Woody grew up with his brother Nick who, in his early teens, began to experience difficulties that would make his life - and that of his family - a massive struggle.

He was eventually diagnosed with schizophrenia and, as a new initiative (Step Towards Independent Living) is launched in Ireland to help people with serious mental health issues, we sat down to chat to Woody about his experiences.

JOE: When did you first become aware of your brother Nick’s difficulties?

Woody Woodgate: "In his early teens, he just isolated himself more and more. He was a really vivacious, charismatic, energetic, popular, intelligent, you name it… Everyone loved him. He was captain of the football team. Very talented in everything. He was bloody annoying, really! But no, he really was just as funny as hell. All the girls loved him, typically.

"But he went from this lovely outwardly going character to slowly shutting down. He became more introverted, he couldn’t look people in the eye, meet their gaze. He was in his own little world more and more and more. And what manifested physically was that his body language started to change. 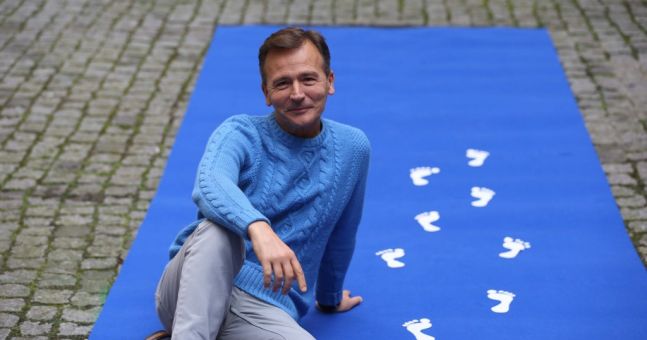 Woody was speaking at the launch of Steps Towards Independent Living

Good article. It would be even better if they included his brother in conversation.

This was an uplifting article. It is nice to have some like this mixed in with the technical stuff. I also like the steps in their program. We should implement something like that in the US.