Does anyone use this and like it? I tried it for the first and possibly last times last night and this afternoon. For me it had an unpleasant tang that wasn’t there with the frozen meat free bolognese mix I’d previously tried.
The main thing going for it seems to be it’s cheap compared to the frozen soya but that’s offset by,for me,it tasting cheap.

That’s the one that should be boiled before frying? It doesn’t taste bad if you fry it in breadcrumbs.
I tried to eat it couple of times but I got swollen stomach every time o.O Besides, I read that soya is the most genetically modified plant.

That’s the one that should be boiled before frying?

When i was vegetarian i used a lot of soya in my cooking. Moderate amounts of soya is very healthy.
What i did is, i just replaced the meat with soya in my dishes. I used to soak it in marinade a couple hours before then cook it. For example lasagna, i would soak the soya in red sauce with basil… Then cook

Possibly not good for you: 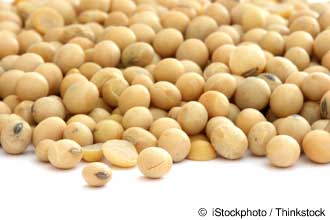 Learn about soy dangers and myths and find out which soy foods/soy products are safe to consume.