Does sz cause intellectual disability?

Maybe but I still had negative and cognitive symptoms when I stopped meds for 1-2 years.

my main cognitive issue is poor working memory and that creating lot of ocd issues. if you are concerned about long term memory then some supplements like phosphatidylserine will help. for executive function best strategy is to make daily habits and stick to those strictly also making a list and doing it one by one useful, externalize the list rather than doing it in mind. 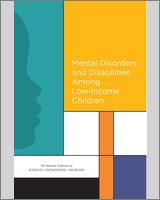 I guess I have mild intellectual disability from sz. IMO sz is a neurodevelopmental disorder.
@firemonkey

I’ve felt like I lost 40-50 IQ points right now. It’s just a feeling. It’s most likely less. It’s the disease. Everyone is different.

I think I have a higher IQ than what is stated in my reports. I might not be educational intelligent but have social intelligence and street smarts.

I cant manage money as I spend it all in a day. My parents control my money. I have inappropriate emotions sometimes laughing at sad things or when ppl get hurt like falling or in funerals. Do these happen to you?

I deemed to lack capacity with my finances so have it managed by social services called a Appointeeship. I also have had some inappropriate emotions. If somebody is giving me some really bad news on their part I have a tendency to broadly smile and it’s hard not to look concerned. My psychologist told me some people do this out of nervousness.

Lol i feel i the same way, my intelligence probably lowered, idk