Do you remember the worst day of your life? Tw

And I’m not sure of what really happened

After all they never put their hands on me physically

But were abusive AF whether I was on drugs OR NOT.

I think when I talk of this people often don’t understand the true implications of this, unless they did lsd themselves. I mean how could they??? But everyone I know who I explained my lsd trip too who has done drugs like these themselves say like “I can’t believe that fn happened to you”. Just the idea of a trip being disrupted by any outside force is a pure terror. Meanwhile not into these drugs tend to misunderstand or just prefer to not comment on it. Well I’m explaining here.

How important it is on these drugs.

I’d say 97% of bad trips come from being in the wrong set and setting or just not able to “let go”. Well I wasn’t able to do either.

” if you were 19 years old on 500 mcg of lsd and people are throwing knives near your head and ■■■■■■■ with you and stealing from you and messing with every function of your being from different angles (multiple people) with no breaks on a 8 hour span.

Well I completely lost control. Was unable to speak until I started chugging vodka to get my “ego back” so I could yell at them to get out of my house they were never invited into.

And then wanting to kill them, my abuser from childhood calls me on the phone and says “YOUR EGO!!!”

I mean my trip was gonna end, maybe I’d go back to school and be a bit messed up. But when this happened??? Delusions went into my head. I had became interested with “the ego” already in its flaws and imperfections. And then the nerve to say “YOUR EGO” to me while I was still tripping. On these drugs, everything you witness seems really significant already, but the way my friend said it to me and when and how and who he was. It affected me worse than the drug itself.

I will always remember that day.

It was supposed to be the last time I was gonna do this drug for…a while id say. And I had planned on this experience two months previously!!! Yes, I wasn’t so reckless back then. I actually would plan these experiences weeks or months in advance like you should. But I guess I didn’t prepare for the worst.

I can’t remember my worst day of my life. I put it to the past. Maybe some trauma but i don’t like to go there.
Life is good now.

On APs, Acid doesnt do much more than give me energy, same with shrooms.

Yet weed, completely fuucks me up, makes me so so paranoid !!

Sometimes i like to be fkd up. I know i could have achieved something, but thinking what for. Just sitting back and let it be. I have nothing in control and nothing to worry about.

Yup, in very vivid detail. Wanna know the messed up part? Everyone says it never happened and my memories are false.
I can’t even trust my own memories because of this illness

(we took them in because we were scared what they’d do us, oh, well, look what they did to us)

LSD experiments on psych patients, the study of the brain, at a time when drugs and free love were flowing. Some are still alive and waiting compensation. Ethically if they’re gonna experiment on a human, there’s gotta be a pay out. This happened in U.S. and Canada. 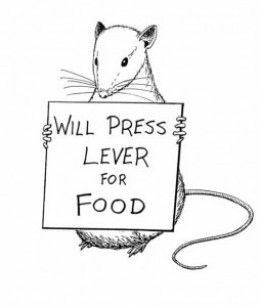 But the day the San Francisco 49’rs lost the Superbowl, I said, “God why me?” That was like torture, my worst day.

Shame. shame. My comments have been removed. This is unclassified information. It’s true knowledge on my part.

LSD at 17-19 years old was my downfall. I still remember some of the trips.
Havent touched it in years and never would. That stuff was the beginning of my personal madness for years. I was a stupid kid trying to fit in.

When I overdosed on my friends homemade liquor. All I remember was taking a last puff of a cigarette before running and drop kicking a porta potty. Woke up 5 hours later and had to get my stomach pumped.

The day my grandmother died was the worst day of my life and sadly I do remember it vividly as it occurred just a few months ago.

One time I got jumped by 5 people, all of them started kicking my face.

One of The worst days of my life is the day my mother tried to kill me for the first time. It shattered my trust in everyone. I haven’t felt truly safe with anyone since.

The other worst day is when I got hospitalized even though I didn’t need it. I told the police about my abuser and broke down and they threw me in the hospital for it. I feel like my abuser will never be brought to justice because of that.

I told the police about my abuser and broke down and they threw me in the hospital for it. I feel like my abuser will never be brought to justice because of that.

That’s shocking. I hope you get justice for yourself. It’s a travesty that you were throwin in hospital, you must be traumatized!

It was pretty traumatic. I’m working through it in therapy but its slow.

the day I overdosed on many many pills…God forgive me.