Do not play Diablo Immortal

I don’t know how many of you game, but following this story is horrible.
I read that Diablo Immortal (mobile game) can cost beyond £100,000 to get good gear in!!
Absolutely some of the worst pay to win/free to play games I’ve ever heard of.

Don’t go near it. 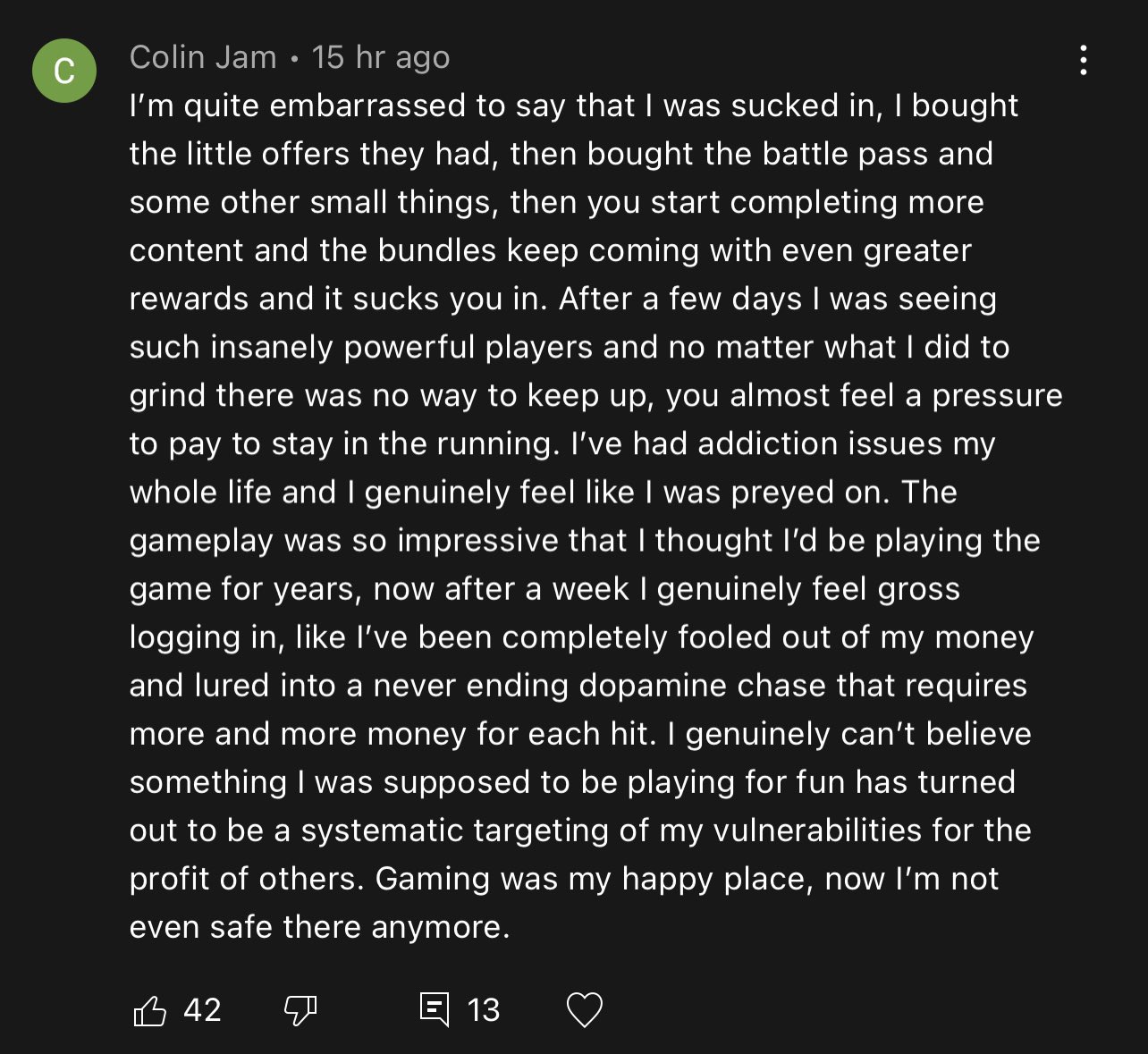 I avoid games with heavy micro transactions. Back in my drinking days I wasted thousands on micro transactions for a mobile game. I would have a heavy night at the bar, come home and spend all of my money on the game. Then I started doing it sober. I refuse to play games that rely on micro transactions to progress. Cosmetic transactions don’t bother me, because I never cared, but loot boxes and the like are pretty much gambling. It’s why I don’t even buy lotto tickets. I felt super embarrassed, because for video games you don’t even have a chance to win anything. If gambling is setting money on fire, then micro transactions are wiping my butt with my money first and then setting it on fire.

For the record I had immortal installed, read about the insane pay to win, and immediately uninstalled.

Thanks for letting us know. It looked like a good game.

I cant even get myself to play my sega genesis. Not motivation to play games anymore.

I have issues with motivation too J1.
I get some play sessions in but not as many as I would like.
Sometimes it can help to just fire up a game and if I dont wanna play it in 5 mins time I stop.

I’ve heard about this game. It got bood when they announced it.

Intend to stay away from mobile games cause your right it’s all pay to win.

When i was playing C64 games they were forbidden, illegal games. I think this is still happening, playing games which never got published for various reasons.

I don’t gamble and I rarely play video games, always free ones (haven’t paid for a game since the early 2000s).