Do i look latino?

I don’t think you look Latino but you have the sort of complexion that tans dark in the sun. You could have Spanish blood from the armada.

Lol my man you made my evening XD

I love tanning I feel better 4 it

I was eating a mc donalds breakfast, my son Cameron was video me

You do look quite Mediterranean.

I want to look dark skinned

The earlier Irish inhabitants, before the Vikings who fooled everyone into thinking the Irish all have red hair and freckles, came from the Middle East across Northern Africa and through Spain. The Gaelic language hinted of this and now DNA proves it.
The dark coloring (referred to by some as “Black Irish”) comes from this Middle Eastern/African origin. So, you don’t necessarily look “Latin”.

I did my DNA through Ancestry.com. Because it’s DNA and not just family tree information, it shows your genetic origins.
I recommend it!

@san_pedro I don’t mean to be rude, but I just thought I would educate you about Latinos/Latinas.

Latinos/Latinas come in all colors. Some of them can have blonde hair and blue eyes and can pass as “white.” (Even though they could be Mexican, for example, and have ten generations of family dating back to that specific part of the world).

And some are the very common perception of dark complexions and dark hair.

Throughout Latin America a lot of those countries are a mix of Spanish, German, French, Native Indian (To their continent) African, and even Middle Eastern. Not to mention the thousands of tribes that pertain to the Indians of these various continents.

I hope I didn’t confuse you.

What I am trying to say is there’s not really a thing of “looking Latino.” Essentially you either have the heritage in you, or you don’t.

You raise some good points @Montezuma 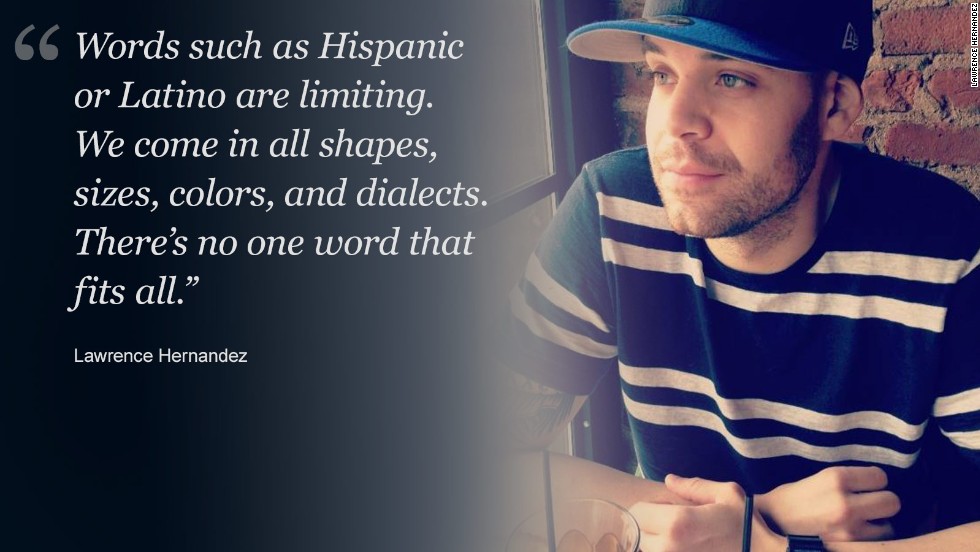 Hispanic or Latino? Why their identity is so complicated - CNN

If there's one thing everyone should know about Hispanics in the United States, it's that this growing minority is in the middle of a stressful identity crisis.

I’ve only seen one pic of you Pete and you do look darker skinned. Just my 2 pennies.

This is all so very true. I am Latina and I pass as white all of the time. My siblings however do not. My father did not. My mother was a white woman of French and Scottish-Irish descent. My father was a full blood Mexican immigrant.