Do ads on uniforms bother you? 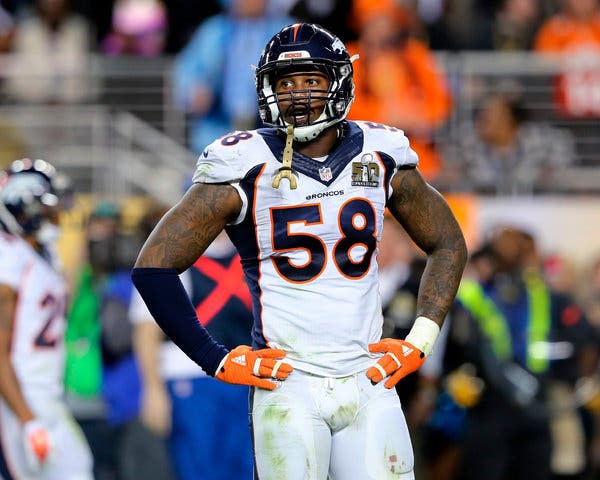 Unfortunately they have to make money to pay these players the obscene amount of money they demand.

They ads on the back of my daughter’s archery team shirt for this year piss me the hell off. Wish I’d been given the option to purchase one without the advertising splooge on it, especially as I know one of the advertisers personally and suspect he’s going to Hell in a handbasket.

Is your daughter on a high school archery team? That’s odd.

The NFL is the most profitable sports league in the world and they don’t use ads.

also, I kinda like the ads on the NBA unis. They’re subtle, and don’t cover the whole jersey like they do in European soccer

I think to purchase an ad on an NBA uniform it’s 5-10 million dollars and maybe 20 million for the Warriors. I guess they are pretty sharp. They already have the Nike or Jordan logos. An average player in the NBA makes around 10 million dollars so maybe the ad would pay for 1 player, but I’m not exactly sure how that works.

I’m not entirely sure how much $ they pay to put their ad on NBA jersey’s either, but I do think the Goodyear logo on the Cavs uni is cool. I know I’m biased

Most ads on European soccer jersey’s I have no clue what the ad is for. The Goodyear logo looks pretty good I guess. I’ve heard the NBA commissioner talking about adopting a relegation and promotion system that the Premier League uses. That would be interesting as well.

relegation would be kinda cool – I think it would be best to use in college football.

If you have a ton of money investing in the NBA like buying a team would be a good idea. It isn’t going anywhere.

I just think there will be so many rule changes to the NFL in the next 50 years it will seem like a different sport.

do you watch the AAF? They don’t do kickoffs, or extra points. I can see the NFL adopting some of their rule changes in the future

I’ve heard about the AAF. I have no clue when it’s on. Do you like the rule changes?

it’s on TNT at 2pm Eastern, if you are interested. I’m kinda impartial about the rule changes, but I like the no kickoffs. Also, there are less commercials than the NFL – which is really nice.

I’m just a football junkie, so I’ve been watching the AAF for awhile

I’ll have to check it out. Thanks.

Do you hear a lot about Haskins, the Ohio st. QB? He is having a private workout with the Broncos. Not sure how serious they are about him.