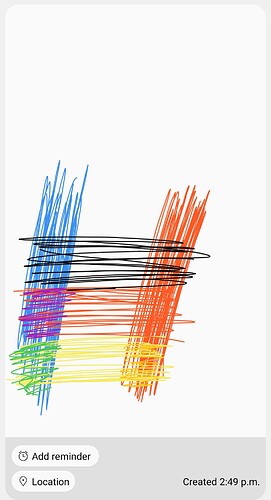 So Im paranoid sz. One delusion I had at one time that turned into a grandiose theory when manic was that world flags represented social physics. In the above picture there are three world flags overlaid. The theory had complex elements I cant remember but the part that made some sense I can. Social physics as I was thinking consisted of basic psychology which gives the matter that we are a kind of logic combined with social physical behaviors and groups. So black in this drawing is scary, red is blood and yellow is scared. Red vertical means free and blue vertical means community. Black blue means scary community, black red means scary free, purple means royal, red just red means fighting to be free, orange is determinism and green is ironic. The way i was thinking about it is the vertical colums are basically opposed at extremes and the horizontal columns are opposed at extremes. So the major conflicts are easy to see.

It is common for schizophreniacs to try and extrapolate meaning or form ideas regarding their own condition. I used to do that a lot in my first two years of psychosis. I argued with the voices in my head about their nature, asked them hundreds of questions, read books about people that I thought were similar to me and lived through similar experiences. I looked in wrong places by the way.

I also used to form theories and policies towards certain religious and political groups, based on my own criteria and toward my own delusional goals.

So you aren’t alone there.

Sadly, the best advice I can give you is to throw those overly elaborate ideas out of the window and focus on something immediately understandable. For example, grooming, cleanliness or good home cooking.

Youre right but i still think about things like this. I avoided political terms when writing this the best i could. But even the covid situation can be seen using this model. Ironic behavior is basically the opposite of expectation which is contrary to determinism for obvious reasons. When people go against health mandates that is a function of that. Anyway the problem with it is this is not what the flags mean and any correspondence to this interpretation is coincidental. But theres no reason for concern because i have a very casual disposition about this now whereas before when i was psychotic thoughts were pressured. I have trouble forgetting some delusions such as this one and it still influences worldview