"die die die". anyone else?

I have visuals too

Are you still on clozapine?
It’s been 2 years for me

Generally, if I have hallucinations of this sort, I ignore them.

(2) They want someone else to kill themselves. More distressing, generally, but beyond my control.

I have two sorts too,
but they’re:

They don’t tell me to kill anyone besides myself, generally.

I don’t respect them, and wouldn’t obey them, if they told me to do something like kill someone, though.

Obviously I don’t obey them,
or i would be in jail now or in a hospital
locked up.
But they make me distressed.

What kind of visuals? I have them also

I have suicidal voices as well. They make me believe crazy things then when I’m so caged in mentally they tell me to end it.

Do they ruin your mood?

Why our minds become our worst enemy?
I can’t understand it.

I don’t know. It’s a good question though. I’m still amazed by it. It like literally feeds off your confusion and misery. It’s crazy lol.

My hallucinations have killed a lot of good moods. 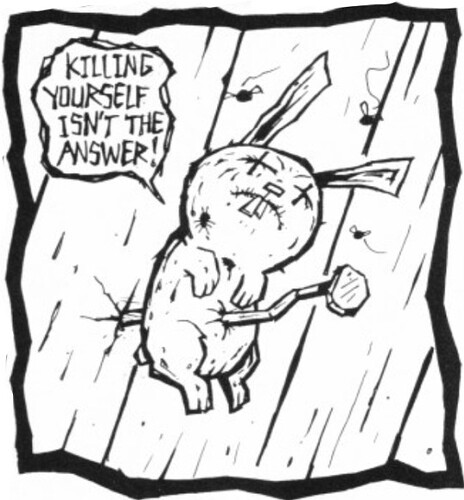 Today I had only small explorers on the floor and the usual fragmentations and scatterings. No people. Strange, no music. Hmmm.