idk, just pretending everything is ok but its not.

You not feeling okay?

I suggest it!!! Guacamole mmmm!

Did you know that the spoiler tag is pretty useful? Clicking or swiping over it reveals the text making exposure to what’s said voluntary. It even works on images. 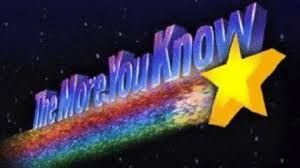 funny, you got to be serious sometimes

Did you know that some people hide their suffer behind the humor?

yeah i know this and its not all fun and games all the time, humour is good medicine but its the attitude, idk whats triggering me about you but its just a really bad feeling like you are just making fun of us or something idk, it feels like you don’t care and you just want to make fun of everything, fun is good but only when it is appropriate, like is it appropriate to treat the forum like some kind of mental circus for your own entertainment, maybe thats whats triggering me idk its so hard to explain but it is my problem, i know everyone is different, everyone has different triggers, its not your fault, its just hard when i get triggered a lot.

Idk maybe mute my posts then, that is easy?

Sarad has issues just like all of us. People use different methods to get by. Humour can be a good coping tool. Besides, she’s just a little excited to be back which is understandable.

I must trigger that hell outta ya, with my constant bombardment of jokes. I’m sorry if I do, but I doubt I’ll ever change my personality from one complaint from someone, and nor should Sarad.

you don’t trigger me, i have no problem with people joking around, i do it myself all the time,

That’s why I never answer the phone when I see their number come up on my Caller I.D.

Did you know it was once perfectly legal to kill a person of Chinese descent for many years during the 1800’s in California, wasn’t considered murder. And they were freaking invited there, like they had recruiters over there getting people to come over but it was legal to kill them.

The United States was founded upon the principles of hate, fear, and violence.
“Oh beautiful, for spacious sky. and amber waves of grain”.
Hey, world. Come over to our country and visit us please. We will celebrate your trip with a Big Mac and then we’ll gun you down in the streets.
“And purple mountains, magesty, of thee we sing”.

Acutally it was founded on the beliefs that ancient political philosphies such as Greek democracy and Roman Republicanism could be married into a system that just might work better than the monarchies of the last thousand years. I believe it failed but gave birth to such stars of hope as the concept of human rights which I consider the basis of the foundation of modern civilized society and so far see as a farce, a mockery.

Good job boys. Good job, you made a mockery of humanities last hope.

Teri Hatcher has never been in my kitchen.

I let her heat up some soup in my kitchen.

cowboys and asians, never played that game before lol

I also pitched an environmental invention to my history teacher one year and I seen it was invented 10 years later.

also my dads ex brother in law’s aunt invented the shoes that kids wear that shine and light up when you step.