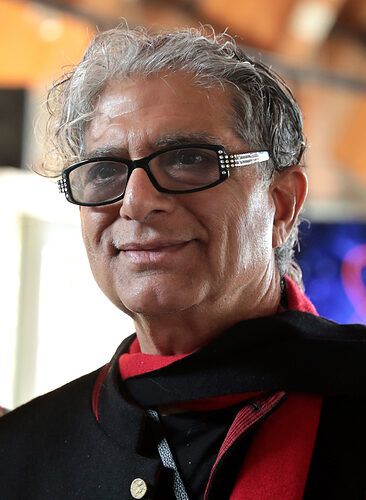 Deepak Chopra Net Worth and Salary: Deepak Chopra is an Indian-American doctor, author, holistic health/New Age guru, and alternative medicine practitioner. He has a net worth of 150 million. He is best known for his contributions to the so-called...

Wow how is he worth so much. An owner of a corner store says spiritual men are not all about the money. It’s impossible. He met 50 cent and he studied the Buddha. He said 50 cent is no buddha because he’s a business man.

Meet Osho Rajneesh,The Indian Sex Guru Who Had 93 Rolls-Royces In The 80’s

Chandra Mohan Jain,who was also known as Bhagwan Shree Rajneesh and latterly as Osho, was an indian philosophy lecturer and leader of the Rajneesh movement. His teachings emphasized the importance of meditation,  mindfulness,...

Yeah I liked oshos books too. Maybe the guy at the corner store was wrong. You can be a great spiritual teacher. And profit off of it. But that wouldn’t be living by your principal. Alan watts wasn’t incredibly rich but was an alcoholic. Didn’t necessarily live by his principles

Why not write a book called,”How to make money.” That would be more true.

I will make a book called

I will produce a documentary film called, you buy this and I’ll be rich but life will bless you in untold ways in return.

A spiritual man blows his horn for a half hour.

A poor widow pays him $20 to stop and he said bless you my sister.

Loops back to scene one and two.

Yeah, but is he bionic?

I have probably read about seven books of Deepak Chopra.

I own some of his books so might read them again.

I was interested in seeing a Ayurvedic dr but i think it’s expensive and difficult to find.
Now I rather a vegan psychiatrist and they do exist but there’s not many in world n expensive .

I don’t see a psychiatrist at moment just Gp.

I will pay an immense price for this documentary good sir