Deciding Whether to Disclose Mental Disorders at Work 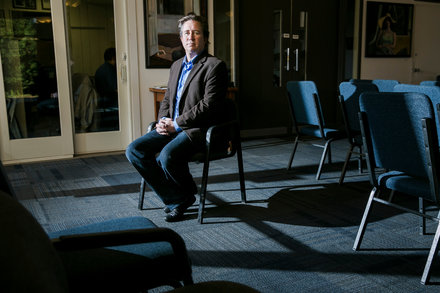 Deciding Whether to Disclose Mental Disorders to the Boss

Telling an employer or supervisor about a mental disability carries potential risks and benefits, so it merits careful consideration.

Never having worked this issue has never occurred with me, but I wonder what the experience of those that have been employed has been.

Invega Sustenna and Risperidal consta shots are deadly and poison
How do you explain psychosis to people?
SurprisedJ November 14, 2014, 5:29pm #2

I was originally hired out of a vocational / rehab program so the city knew that I had problems right form the start. The city hired three of us.

I think it sort of helped me that people knew that I was hired out from that program… I ended up getting placed with people who had more of a mentoring way of being in charge.

I didn’t blab what my exact diagnosis was until I ended up where I am now. I had gotten to know my boss pretty well and I did trust him so I did mention it.

He has by far still had the best reaction I’ve ever come across when telling someone.

I told him I had schizophrenia and he said… “I don’t really know what that means.” He was open to a brief conversation.

No questions about “is it like in the movies?”

I can totally understand how this would be used against someone and could really mess up a job opportunity.

But I think since people knew where I was starting from… That this was sort of my second chance… it worked out of me.

It’s sort of like school… I was tempted not to disclose anything about myself at school… It was 77nick77 who told me to go to the students with disabilities office and get all the help they can offer… I did.

I think that is why I’m keeping up now… because I had all that help getting used to school.

People can be pretty biased. On the other hand, in some places employers get a tax break for hiring the disabled.

I’ve kept my MI secret until I couldn’t work anymore and had to file for disability. My boss wasn’t happy with me leaving and he told me how I should get a second opinion and how the meds f%$# me up. He told me about an uncle of his who had a MI and how he outlived all of his family. My HR dept. at work was very helpful to assist me to get my disability claim filed. I have basically no contact with my old work colleagues because of my fear of the stigma of sz. Stigma is a real thing in my country and most people look down on people with MI and people who have been in psych hospital or mental hospital. If I was ever able to work again I will definitely NOT disclose my MI.

Beyond just admitting to having a mental illness that I was taking medication for, at one job I mentioned one of the delusions I had and unfortunately my boss decided it would be appropriate to bother me about it on a regular basis after that. I quit that job.

I worked with the same employer for decades - at different positions. I told the Human Resources Dept. about my mental illness, because I needed certain accommodations at work - I think I mentioned bipolar to the director, but I am sure that I told them about my anxiety and agoraphobia.

I wrote down my mental illness on the medical emergency form at work - I told them about bipolar disorder and anxiety etc… I also made the big mistake of letting a co worker know I have bipolar disorder - soon most people at work were treating me like I was intellectually slow.

Unless someone with a mental illness needs certain accommodations - I would be very careful telling people at work that you suffer from a mental illness. I would NOT tell any coworkers about it - distortions, lies and gossip sometimes soon follows the disclosure

I did tell one employee that told me he was bipolar and was thinking of jumping in front of a bus. So I shared my own journey with him to help him

People are idiots! (A brief description of humanity in under 20 characters.)

People can tell just by looking at me that i’m not normal.

My symptoms get bad in a job setting and it becomes obvious that there’s something wrong. I don’t think I have to say anything.

I vote no. Under no circumstances should the colleges boss or hr know because it will have a very negative impact in future. Pretend that every thing is all right and that’s it.

I don’t tell ANYONE. Period. Except here, where we are all in the same boat. Or MAYBE a friend who I know is schizophrenic too .My resolve to keep it too myself was strengthened last night when I was talking to my step-mom and she told me that no one can tell I’m schizophrenic. She said, " You’re just a little quiet". And I’ve known her for thirty years. I trust her opinion. She is one of the people I can talk to and not clam up.
I believe that you guys who tell people your diagnosis are a lot braver than me.

people probably can tell i have something going on, cuz one day i can be very talkative and other day i can be very silent. but its just how I am, I actually enjoy silence and not talking and still be around good company
I could listen to music with someone for hours without saying a word, I just let the music speak lol

It’s really nice that your relax and enjoy yourself

You can’t explain Calculus, when one knows not of Algebra.

i look normal, black clothes, black cloak, red and black skin, horns on my head, two lightsabers…no one noticed at work…so why tell anyone !?!
take care

I agree, I usually say little, less chance of rejection.
But as mentioned, i listen a lot. I like to study normals to figure out what makes them tick. Then I can blend in with them easier.