I think both sides are too eager to throw down. To understand the cops, you have to understand that he has an express “duty to perform”. (That could be literary. It’s the occupational hazard of the enterprising male.) That means he has to make an arrest every time a signifigant crime is committed. I have seen the police escalate a minor arrest out of all proportion because of this duty. Some police think this duty means their supposed to kick butt. What we should do is give the police a legal tool to handle some of these situations. Give him a box he can mark on a ticket that says “uncooperative”. Then he could tell an unruly person - “All I have to do is mark “uncooperative” on this ticket, and you’ll pay a hundred dollars more on your fine. If I check it twice you’ll pay three-hundred.” You’d be amazed at the calming effect this would have.

I feel that it should be mandatory for cops to wear body cameras. Things are getting out of hand - this is ■■■■■■■ ridiculous

It all started when the pentagon o k’d giving the police forces of america the excess unused war weaponry and vehicles like the armed cars. bad bad bad, and then the supreme court went and approved citizen’s united which allowed unlimited funds to go to elections…where is america now?

Cops when I was growing up…revolver and nightstick, cuffs and mace… 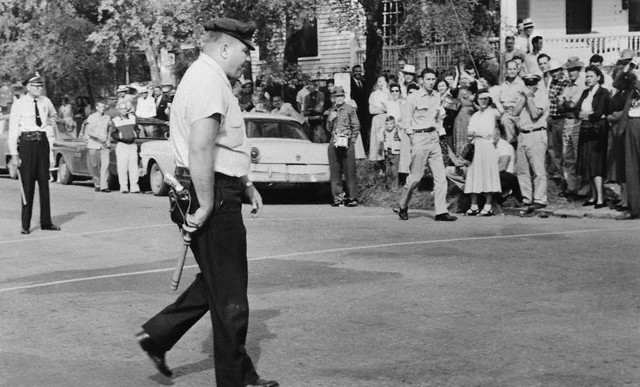 I think cops have to be tough, they have to be hard witht he scum sort of people they meet. Everybody knows you don’t mess with cops. And if you do, you take the hits.

Personally I think the police force is one of the toughest jobs going, but maybe that’s because Im bit of a coward!

the cops killed a black man this week in America there was a video of him
shouting I can t breathe he died and the police aren’t being charged.
its disgusting.

He was guilty of only a minor crime - selling “loosies” - individual cigarettes. That’s what I mean that the police can escalate a minor arrest out of all proportion. The police didn’t mean for the man to die, but they’re so jealous about their authority they take measures that are out of proportion to the crime. I heard that the man who died had been confronted by the police many times before they tried to arrest him. If the police had given him a stiff fine much earlier they probably would have broken him of his bad habit.

I saw an interview with his mother broke my heart poor lady;(

the world news daily just fills me with sadness and remorse. that’s why I hide in listening to rock music all day. what good does it do for me to know that all this horrible crap is happening all the time?

yeah the new can definitely be depressing I just like to know whats going on in the world I cant concentrate on anything for very long anyway.

This entire issue would not be an issue if people could live by three simple words: The Golden Rule.

So you’re okay with me assaulting you for no reason? Taking stuff you have that I like without permission? If a guy thinks you’re attractive, is he within his rights to just rape you???

A lot of what is hitting the fan in the media boils down to these issues:

Do you think a masochist should do unto others as you would have them do unto you?

Do you think a masochist sh

They can try. Bet I’ll push them well beyond their ‘safe word’ in five seconds flat. Not a big fan of picking fights, but I’m not afraid to finish one.

I was joking. No need to get hostile.