My husband eats peanut butter sandiwiches everyday. That part is fine. But since he’s a diabetic he doesn’t use jelly, of that I’m proud and supportive. The part that bothers me is that he uses anything else in the house to replace the jelly. Things like: miricle whip, pickles, cheese, lettuce, tomatoes, lunchmeat and any leftovers there might be. Okay! That is disgusting but ot each his own. I can live with that as long as he doesn’t want a kiss afterwards it’s fine.

But this morning my 16 year old son, who has recently decided that peanut butter is the best breakfast ever, decided he wanted to doctor his sandwich like Dad does. So he built a peanut butter, cheese, sweet pickle relish and jalepeno sandwhich. For the love of God, what has become of my son! Now this thing has gone too far. I think they both need to move out.

I think it’s a bit extreme to contemplate divorce over the way he makes his sandwich.

I’m being tongue and cheek

I agree with Tera, I think it sounds disgusting too. But not anything worth a divorce over. Just don’t watch them make and eat the sandwiches.

Its one thing to destroy your own life/sandwiches,

But that of a child?

Unacceptable and a reasonable grounds to file for divorce.

Don’t think a word opposite, otherwise it all may become truth. Its my experience.!!!

Tis made me hungry I need jam and bread yum

When he convinces your son that he shouldn’t have any more chocolate, then it is definitely time to dump him! Adding such weird foods is bad enough, but no chocolate would be the final straw! (Just kidding)

Are you married to shaggy and you are just hallucinating that scooby doo is your son?

When you are diabetic, you gotta do what you gotta scooby dooby doo! 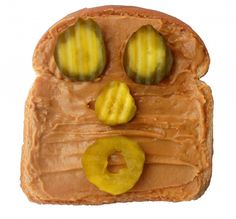 You must report them both to the authorities at once