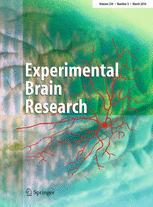 In this study, we tested whether the commercial transcranial direct current stimulation (tDCS) headset foc.usimproves cognitive performance, as advertised in the media. A single-blind,...

In this study, we tested whether the commercial transcranial direct current stimulation (tDCS) headset foc.us improves cognitive performance, as advertised in the media. A single-blind, sham-controlled, within-subject design was used to assess the effect of online and off-line foc.us tDCS—applied over the prefrontal cortex in healthy young volunteers (n = 24) on working memory (WM) updating and monitoring. WM updating and monitoring, as assessed by means of the N-back task, is a cognitive-control process that has been shown to benefit from interventions with CE-certified tDCS devices. For both online and off-line stimulation protocols, results showed that active stimulation with foc.us, compared to sham stimulation, significantly decreased accuracy performance in a well-established task tapping WM updating and monitoring. These results provide evidence for the important role of the scientific community in validating and testing far-reaching claims made by the brain training industry.