When I lived in a apartment years ago I felt I couldn’t live there anymore because I was trying to break it off with my father and sister etc and I ended up turning the electricity off and living in my car for three weeks.

I slept in the back seat curled up and had cold showers in public toilets.

I ate cheap take away.

I never fitted in society either.

As for society I don’t want to be obedient or put into their hierarchy view of me as everyone’s bi t ch.

I would probably go homeless before spending my retirement savings. That money is for when I am old and weak.

I’ve never necessarily considered homelessness but definitely consider moving to wild territory and living as a hermit off of coconuts reclusive from any kind of institution or society within hundreds of miles in every direction; but by now there is very few untouched wilderness. however, i think i can relate to the way you think about homelessness the same way i or one else might think of suicide, as a kind of universal solution to all problems, a kind of permanent escape. for example, had a bad day, kill yourself, cant solve an issue? kill yourself, cant be productive in any way? kill yourself. cant cant cant. as better put by Susanna from girl interrupted, " once it’s

in your head, though…

A Iife form that Ioves

to fantasize about its own demise.

You Iike the movie, you Iive.

You miss the train, kiII yourseIf."

I was homeless a short time
Sometimes I fantasize the government cracking down and arresting people for little to no reason forcing myself to pitch a tent somewhere and live off the grid
Im up to the eye balls in survival gear ‘just in case’
My best advice though ---- find a studio apartment
Freaks and weirdos come out at night and it’s dangerous to be homeless
A hot shower and a place to sleep every night beats the crap out of never knowing where you’ll end up, or when you will eat again 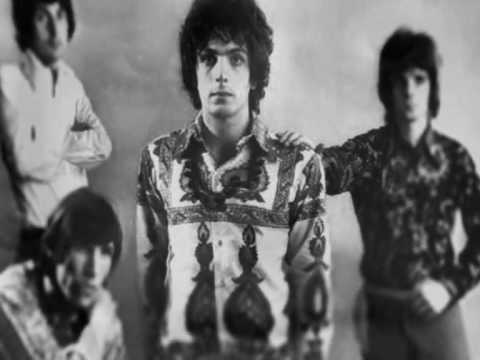 I know a mouse and he hasn’t got a house I don’t know why I call him Gerald. He’s getting rather old but he’s a good mouse

Sorry for such experience…

Also hoarded survival materials, but never used it. Looking back it seems impractical. But the idea remains: what if? so I keep it.

I actually shut down my central heating for two years now, so I can only shower about once a week, when I turn it on. So I am used to having no heating and warm water. After a while I gotten used to it. I could not pay for it due to high prices. I found showering once a week is enough, as I don’t enjoy it actually. My bed is fine, but often sleep in my sleeping bag on my mattress. Don’t know why. Actually destroyed much of my belongings and set fire to my curtains. I was lucky that the curtains were primed with anti-flame substances so the house didn’t catch fire. But that happened in crisis when I noticed aliens in my curtains. Don’t want to go back to that stage, because I still fear it. Don’t have curtains anymore, so I line them with other materials that don’t have patterns because when I look at patterns I notice aliens and creatures. The meds alleviated it

The other day I was thinking I might be physically healthier if I lived on the street because I’ve been so sedentary for the last few years. But you can live in Shangri La on the street for only so long, until you get badly sick or badly injured. Then your life becomes a nightmare. One time I stupidly decided to bed down under a tractor trailer for the night. About thirty minutes later a truck came up, hitched up to the trailer without me realizing it. I realized in the nick of time that I was close to getting run over. I forgot about my duffle bag. There was this narrow corridor between the trailer and the wall of the shopping center where I was. I ran the thirty feet down that corridor and got out of harm’s way, but it was close. A guy like me doesn’t do well on skid row. My best strategy is to stay in safer neighborhoods and be extra careful not to get on anybody’s nerves. Having snap benefits would make a huge difference to me if I was out on the road, because eating out of trash cans has its own hazards.

Individuals who suffer from mental illness tend to want to wander off from their home, regardless of the accommodations. This is especially pronounced with paranoid delusions.

This is especially pronounced with paranoid delusions.

What do you mean?

Im glad i have a transitional apartment. I didnt consider being with my parents my home. I have my own bed and my own stuff. And my own budget! I try to stay positive. I tried to get away from my family but it never worked. Im thankful i at least have the apartment.

I fantasize about homelessness every day. Wish I’d just do it already, but I always stop myself. Maybe one day.

Same its nice having your own space. I feel relief actually to have my own apartment now. I used to not be able to go downstairs because of conflict and the person downstairs pretty much was in the livingroom 24/7 forcing me to eat my meals in my bedroom to avoid arguments and discomfort.

One person said Im stupid for living here but I just ignore the mean people. People are just mean they all think they’re better than me and judge me in their heads but whatever so what Im surrounded by narcisisists. At least I have my own place and I can make my own meals without being constantly bothered to do things for other people or belittled like a child or demeaned.

Lyme is serious business and not even recognized over here. Still. Most people here are there for psychotic illness. It’s not fair but we are pro meds because they help most folk here.

Sorry. But it’s not cool to disparge meds to those who need them. I’m sorry your experience is otherwise but that is a whole other conversation.

If I was single - I might choose to be homeless. Living out of my car.

And continue treatment for my SZ.