Check out this little experiment you guys 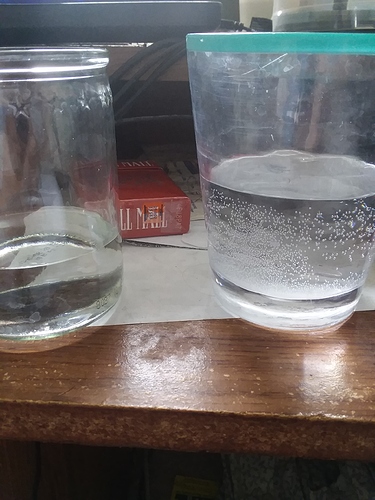 Interesting. That’s the main reason I avoid tap water, I can taste the stuff that’s in it. It’s almost a little metallic. At the very least I use a filtered pitcher.

Cool. Tap water looks like river water. I drink my tap because it is well water and it tastes so much better and is naturally filtered. If I had to choose between those I’d choose the filtered though.

I should have mentioned

both of these glasses of water had gone to room temperature

they were here at my desk for a few days

I just found it rather shocking.

Yeah me too. Not surprising though. Just s bit unsettling ha.

Your water looks weird.
Is it ill?

Ha! I don’t know, but water is in the news here

we’re getting flooding the next few days.

I just found it rather shocking.

That’s just air. Cold water holds more gases that are released when it warms up. The tap water was probably colder. Or maybe the air didn’t stick to the other glass for some reason.

Phil thought that too, that it might be a difference in glasses

but no, both were set out for a day or two before I cleaned them up

I don’t have soft water from tap either

The cups might be different. Try reversing the experiment with the same two cups. Filtered in the right one and tap in the left one.

Also, oxygen is used in cleaning water. It removes foul-smelling molecules and makes the water taste better. If you get the same result with the reversed experiment, I would expect the tap water to actually taste better. Water is supposed to release gases when it warms up. In tap water, those gases should be mostly nitrogen and oxygen, like in air.

One place I used to live was on city water and I didn’t like the way it tasted so I drank a lot of Kool Aid to mask the taste. I grew up in the country drinking well water and that is what I am used to. 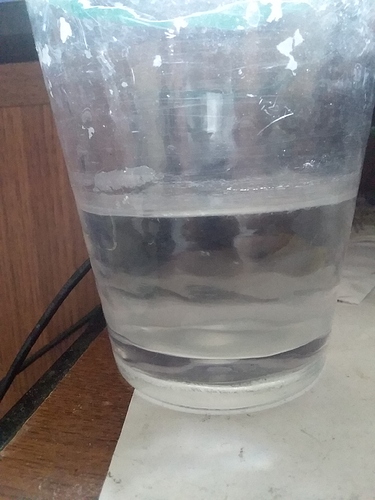 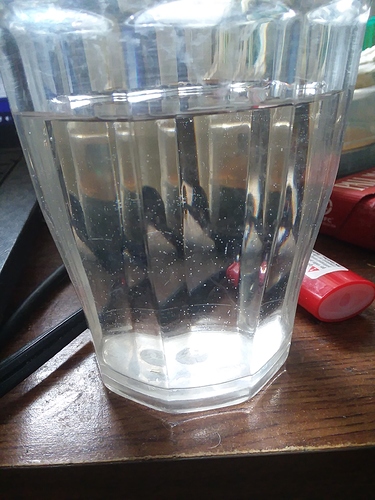 I don’t see a big difference. One has air in it. Filters remove air. 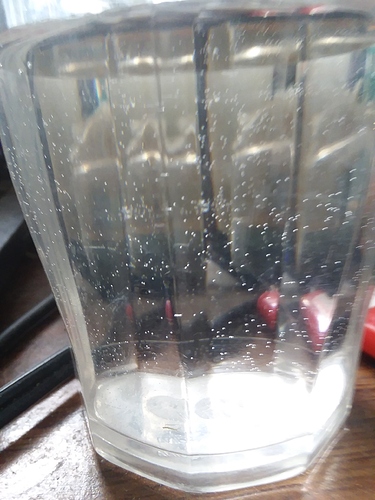 Trust the bubbles.
The bubbles are good.

is there an angry button.

Water with oxygen and gases removed is not as good for you as the regular kind with bubbles. Think of it as dead. Animals in the ocean avoid areas with low oxygen dissolved in it and will suffocate. The bubbles feed your insides and shouldn’t be removed.

Why do bubbles form if a glass of water is left alone for a while?

Here’s a Scientific American article with the explanation.
https://www.scientificamerican.com/article/why-do-bubbles-form-if-a/

the last pic I posted

the bubbly water was in a hard plastic cup

it isn’t a glass

then goes away. hmmm. Yeah, I think we got it all hashed out now. ha.