CBC News - The Age of Anxiety

Anxiety is being called the disease of the 21st century. Everybody seems to be either afflicted - or knows someone who is. According to the World Health Organization, disorders related to “dread” are the most prevalent mental illness on the globe at the moment.

Some of us shriek at spiders, others have panic attacks that flare up out of nowhere and mimic the symptoms of heart failure. Still others worry excessively about everything and nothing – violent crime, cancer, terrorism, black bears, tornadoes. For some, that anxiety is just a mild unease; for others, it’s a paralyzing fear.

Is anxiety a disease of modernity, or is our highly competitive and material culture itself undermining our nerves? THE AGE OF ANXIETY examines this phenomenon, and how anxiety is being re-defined by the medical community and the pharmaceutical industry. Is anxiety a psychiatric condition requiring medication or a valid response to living in a fraught world?

I was afraid of that… It’s a Canadian site.

I wanted to say I believe my anxiety comes from ptsd, with my kids, they keep going to see their father who is a sex addict, I’m hoping to get in to see a dr soon, as I truly believe this is what caused my psychotic break, I’m anxious anytime I think my kids are with this freak 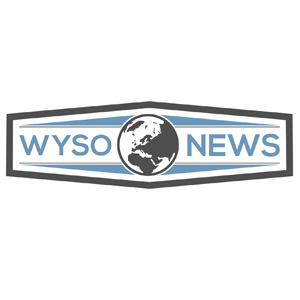 PTSD In Partners Of Sex Addicts

**Not surprised. We have access to a ton of information, we run around trying to get too much done in a certain amount of time,it takes 2 incomes now, we spend roughly 80% of our lives at work.
Stress is a killer because it hits you in your weakest spot. If you have a weak stomach-then you get ulcers, etc…
**

anxiety is fear wrapped up in a different parcel.
humans are afraid of so much, they fear poverty, illness, climate change, difference…death etc…etc…
humans are apathetic , and want a quick fix…a pill to fix everything.
then when humans are about to die, they worry if there is anything out there, whether there is a god or goddess, heaven , hell…
my mother is worried about being greeted on the other side by some one she does not like !?!..like she is going anywhere nice !!
human beings are fundamentally flawed…
take care

I do see a lot of people suffering from anxiety, they are all in my family really. I had panic disorder and anxiety since I was a kid. I am noticing that there are a lot of stressed out neurotic busy individuals - you know the type that cannot sit still and smell the roses types. My brother does suffer from some anxiety but he lives a very busy stressful lifestyle and suffers from ADHD and depression - this adds to his anxious state of mind. I mean there are there are those suffering from a true anxiety disorder, and then there are a whole lot of people who suffer from general generic type of stress that mimics anxiety disorders - there is a difference