Can the brain heal itself?

i’m going to ask this question here because people do have a psychosis NOS, and not schizo. I was told that I should have been coded psychosis NOS at the NIH.

so @SzAdmin , I was told at the study that my brain didn’t look quite right compared to other participants. I’m wondering if my daily digestion of mestinon has allowed my brain to ‘heal’ quite a bit over the past 2 months.

I’ve been getting lots of rest too, as this seems to me what’s been happening, some neurons in there are compromised, maybe I lost some brain matter, and taking this mestinon and feeding my brain acetycholine, it actually felt like my brain ‘filled back up’ with energy, and has been ‘rewiring’ itself the past couple months. Because I’m feeling like myself again.

I’m asking this way because the advise I did receive was to go talk to a brain surgeon, which i did, and I had a nuclear PET done, and an area of my brain appeared not to be processing glucose, but the neurologist said that possibly was inconclusive.

if I were to describe the sensation going on in my brain the past 2 months, my brain has more energy and is figuring out how to fix some of the issues.

The short answer to your questions is YES.

The long answer includes the fact that undue stress (which causes “allostatic loading” in the autonomic nervous system that feeds back to the brain in the form of neurotoxicity) will get in the way.

Neurogenesis is the process by which nervous system cells, known as neurons, are produced by neural stem cells. Neural stem cells have the potential to produce many different types of neuron. They include neuroepithelial cells (NEPs), stem cells, radial glial cells (RGCs), basal progenitors (BPs), subventricular zone astrocytes, and subgranular zone radial astrocytes, among others. Neurogenesis is most active during embryonic development, but continues throughout adult life. Neurogenesis begins d...

I’ve read up on chronic stress, my goal is to stay away from stress and hot weather, those 2 things seem to exacerbate it.

I’m freaked out that I feel a bit ‘rewired’ by eating my mestinon (eating acetycholinerase even with my eyes aren’t bothering me), and how much better I feel and what I should do with the rest of my life with my new outlook.

my uncle wanted me to come to Texas and stay with him for example, but that would probably do me damage, it’s 100 degress there a big part of the year .

all of that mistreatmnt and waste of time and money by far has been more stressful than any work I’ve been asked to do. I thought I was going to die, and i very well could have.

and it would be stressful for me to take a job at mcdonalds given my education too for example.

thank you everyone out there for all your help

Likewise. Took me almost a decade.

The following might be really helpful for anyone looking to get a handle on stress: 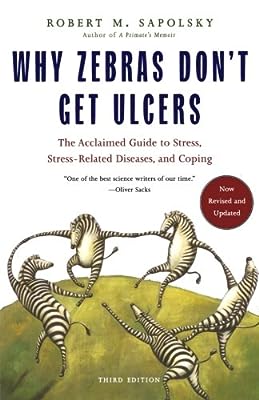 One can also see and hear The Great Man on YouTube:

And a book by one of his most esteemed professors when he was in school: 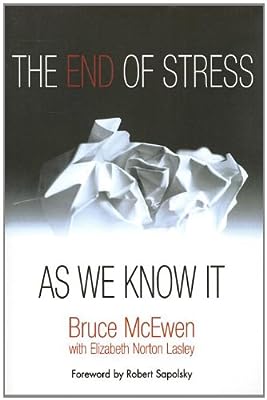 This text invites us to improve our brain-body connections in approach to healthy living based on science. It aims to encourage to use our natural abilities to cope with stress, rather than falling vi ...

I’ve also subscribed to a more ‘functional medicine’ approach to taking care of myself, I eat alot of greens, targetting kale and swiss chard mixed into whatever I’m having, I don’t eat junk food anymore, just fresh food, seafood.

and my functional medicine approach is to treat my MG and my ‘brain injury’, and since I’ve adopted that mentality, I’ve gotten better. do what I can do to treat my autoimmune issue and feed my brain.

also, explaining to the people around me what my condition is and why has helped tremendously too. Getting out of the house and meeting new peple.

I like that Dr Mark Hyman at the Cleveland clinic, how he explains functional medicine. he’s a bit too much of a tv personality, but it’s good information presented well.

Good to see you @notmoses !

I myself recently became violently ill last Thursday following a hectic and ridiculous schedule. I normally don’t get colds, much less stomach bugs or food poisoning or whatever the hell it was. I know that my atypical AP is even a strong antiviral agent (excellent side effect). I know that I am in excellent physical condition because of my diet and exercise.

I was ■■■■■■ stressed. My perfectionist solution had me knocked out by my own punching. I was that worn down.

I have some reading to do today and it’s 315, have a lab meeting at 4 and well I had just went to the gym and to a bio lab and then home to shower and change and well I don’t feel like reading right now so I am not doing it until after the lab meeting.