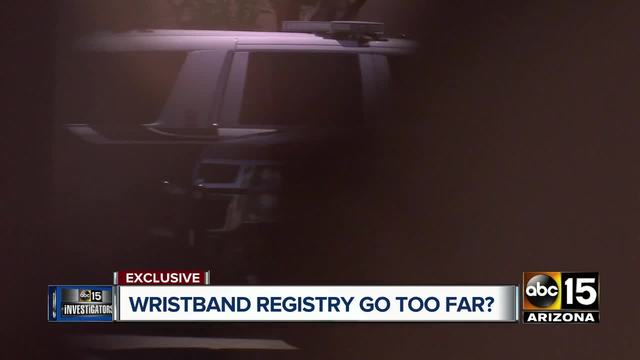 Buckeye Police create registry program for individuals with autism, other...

The Buckeye Police Department has launched a registry and identification program for individuals with autism and other conditions after a city officer mistook an autistic teen for a drug user earlier this year.

As though being publicly labelled is a good idea !

I trained in medicine in Edinburgh. Edinburgh had a really bad drug problem and hiv was very common in the 80s. Some bright spark got the idea to make hiv positive people were red bracelets in hospital so nurses would be careful when taking blood.

Obviously this was a brutish policy and gladly universal safe blood taking techniques where phased in instead. The same should apply here. Instead of labelling certain people maybe the police should take the time to appreciate certain conditions affect how people behave.

I used to live in buckeye, az and would never sign up for their registry.

Oh good now I have even more reasons to be paranoid about cops.

I thought this was referring to my home state(Ohio).The Buckeye is our state tree.
This seems like a terrible idea.
How about officers don’t bother people who aren’t breaking the law, instead.

How about police officers who go OTT wearing labels instead such as “I am a trigger happy jerk” ?

Wonder if they’ll want us to wear badges to identify our diagnoses… hmm this vaguely reminds me of something. . .

Idk, here’s the thing. I happen to know because of my run ins with the cops that they already put people on a list called a 96 or something meaning that they have a mental illness. My lawyer called them out on this on a case he helped me with, but it sucks knowing now that even if I get pulled over for speeding that they will see that. And to my point but not to cast stereotypes, the cops that knew I have a mental illness actually treated me worse. They said my behavior MUST HAVE been because I smoked weed so they turned off their body cams and tried to give me a DUI for operating under the influence of marijuana. Turns out that together they both had only participated in less than 10 DUIs and on top of all the other stuff covered in court the judge ripped em a new one. It wasn’t fun going thru the system and all of that just to get the case dismissed tho. So I’m inherently against this