I’ll let you know in a couple minutes… probably some new apps. I don’t like the apple stuff out of the box though for the most part… I wish google would let you send maps between devices… that’s the only feature apple has right.

It’d be nice if they opened up to the fact that safari sucks and we should be able to designate our default browser… windows needs to do the same thing with file explorer.

anyways my installation is just finishing… I’ll give you a report.

Oh wild, the gears on the settings icon are turning while it’s downloading

Alright so that’s nothing. Find friends lol in house dating through apple or something? I don’t care to know.

There are probably more apps on the S variants… I don’t really know what they added.

Swiping left opens a search screen. has a news feed. recent apps and contacts… siri search at the top…

I think the info pane at the top is slightly larger.

Nothing is different in the settings menu…

Time lapse option in the camera… I don’t know if slow mo was there before.

I just realized I could be screen shotting this… anyways it’s an iphone jsut update it and you’ll be pleased once you get over the differences. It’s a very standardized platform… they planned ahead.

I’m on Android most of the time, I love Google Keep. I wonder if it’s like that.

They trashed all their good wallpapers, wtf. Why do they always do this.

I don’t use the stock stuff anyways 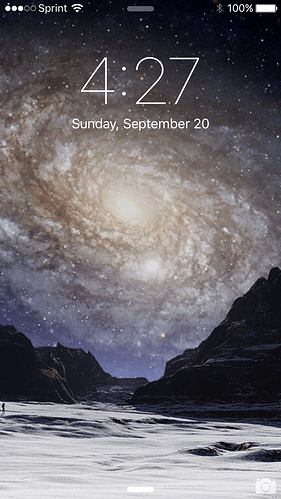 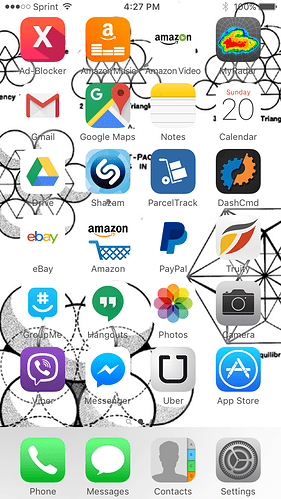 This is what I’m rocking. The top one I call the lone wanderer. There is a little person in the bottom left.

Photo upload menu has been over hauled… I’m going to see what the share button menu is like.

Also the default mail app started working with my gmail account. I don’t know what that is about. The gmail app has its own browser built in and doesn’t load safari so I’m sticking with that.

Photo #1 is also a galaxy rise. Which is a ridiculous concept.

Do you have a computer rhubot? What is the OS?

I’m loving windows 10… but it’s taken me over a decade to know windows as well as I do.

Just because I want to know: what do you use most often to browse sz.com?

I have 3 Sony Vaios, one on Vista and two on 7. We’re under instructions not to upgrade yet because the drivers aren’t complete. Sometime in Oct/Nov, maybe?

What browser do you use on your phone? I like Mercury but can’t upload photos here from it. Hate Safari. Chrome on my phone, Firefox on my computer.

opera on my computer…alllllll day

You’ll love it… it’s the cleanest compatibility works great. if anything you need to install visual studio redistributable from 2010 has the old libraries from 2007 (xp stuff) 2015 doesn’t come included… which has everything from 2012 it’s all free only take 10 minutes for both even with the download.

They do have a few apps that are totally unnecessary… I always strip it down. 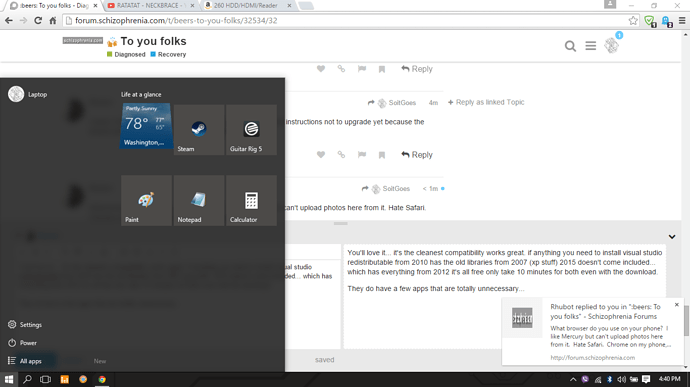 And replace it with better stuff.

they were the first to make the new tab page filled with thumbnails of recent pages. 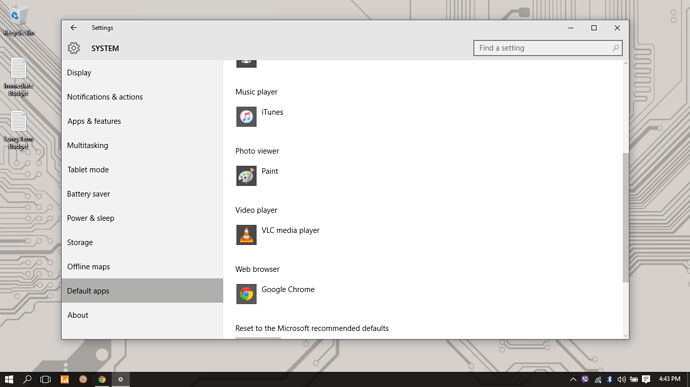 Wish there was some good free image editing software… but I don’t mess around with images enough to seek one out… I also like the challenge of using paint.

I mainly use my laptop for playing sims these days. I make sims of celebrities, coworkers, whatever, throw them together, see what happens. My sim roommate is currently getting hit on by sim Bjork. It’s a good time. A little worried 10 is going to break the program.