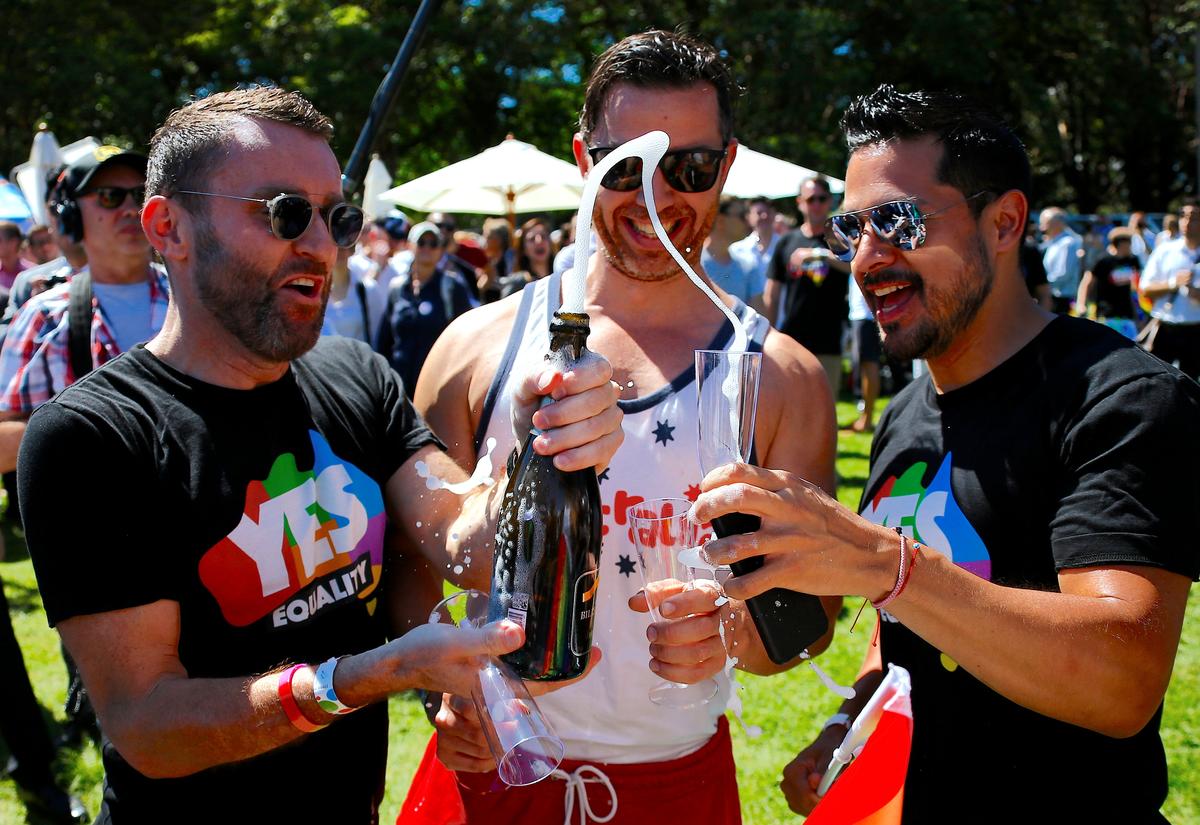 Australians have voted overwhelmingly for same-sex marriage, paving the way for legislation by the end of 2017 and sparking rainbow celebrations on Wednesday, with people wearing wedding dresses and sequined suits and declaring "our love is real".

Only cost the country $120 million dollars because the conservatives are a bunch of dicks. Should have been just a vote in parliament and it would have been over quick. Dumb but glad it was an overwhelming majority who said yes. We used to be such a forward thinking country! Those days are past!

The definition of marriage has changed in the past decades (in the past it was only to produce children even if you didn’t love your partner), therefore there is no reason to stop same-sex marriage.

Some people shouldn’t be parents so know no reason it hasn’t been allowed before. So many Australian’s are still banging rocks together trying to make fire. So glad we finally are agreeing on so many here’s to the future.

The same time The US had it’s first African American President. Australia had it’s first female PM Hopefully sign of things to come to get the best leaders despite of race sex or sexuality leading to a better tomorrow. Things are looking bright I better wear shades