It’s just a fun thing , doubt it means a lot

Yeah I don’t think it really means anything. I just find it interesting that it called me more of a man than a woman.

I did the test!

I’m open minded, need at least 90% female, sorry dating is off the table I’m open minded, need at least 90% female, sorry dating is off the table 😛

Name one thing you wish sz.com users knew about you 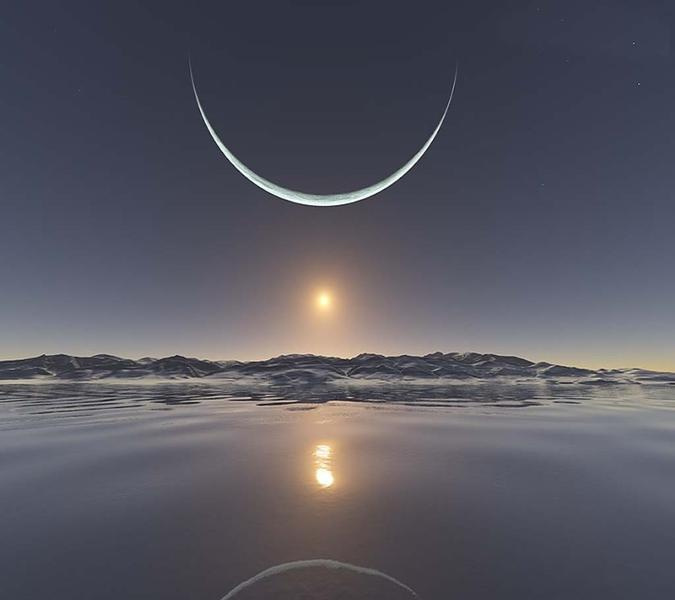 We’re not even close to achieving this picture, but that is the goal.

I don’t ascribe to a gender construct based on attributes and/or societal norms.

I identify as male, but I’ve met people who identify their gender as non-binary (not a male/female opposition). Some examples of non-binary gender identity are neutrois (neither male or female) and agender (no gender identity). We must be careful not to confuse gender identity, gender expression, and sexual orientation.

People who have a gender identity of non-binary have told me that they’ve been bullied to the point of attempting suicide. This is unacceptable. People who gender identify differently than the societal norms of male/female have the same dignity as anyone else.

You equally combine femininity and masculinity!

I realize we’re in the Lounge, but I feel that’s there’s a need to further explain why I believe the article is a bad idea.

About four years ago, i was in a VA Outpatient Clinic waiting to see my psychiatrist. There were some magazines on a table, so I grabbed one and started reading it (it was not a scientific magazine). I was flipping through it when I came upon an article titled: How Schizophrenic Are You? There were 20 questions, and how you answered the questions determined if you were 10%, 30%, 60% schizophrenic, etc. I only remember the first question: When driving your car, how often do you look at the rear-view mirror? (I guess this was to determine paranoia.) What do you think about this type of test to determine how schizophrenic you are? And do you see any parallels with the test in this thread? 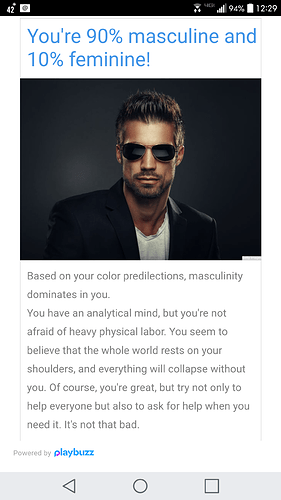 Absolutely agreed. For Entertainment Purposes Only, I figure it’s about as reliable as a What Kind of Pizza Are You test.

The article in the magazine (How Schizophrenic Are You?) had the same disclaimer.

I think these tests are just for fun - but sometimes - on certain sites - some tests help in finding the symptoms - and figuring things out. This was just on Facebook so it is fun.

I agree, @kindness and don’t want anyone to be so gullible as to be hurt by the outcome of such questions.
p,s, I look in the review mirror before taking a turn and think to any guy who is behind me because I know what it’s like to be rear ended.

I had a feeling this would happen. 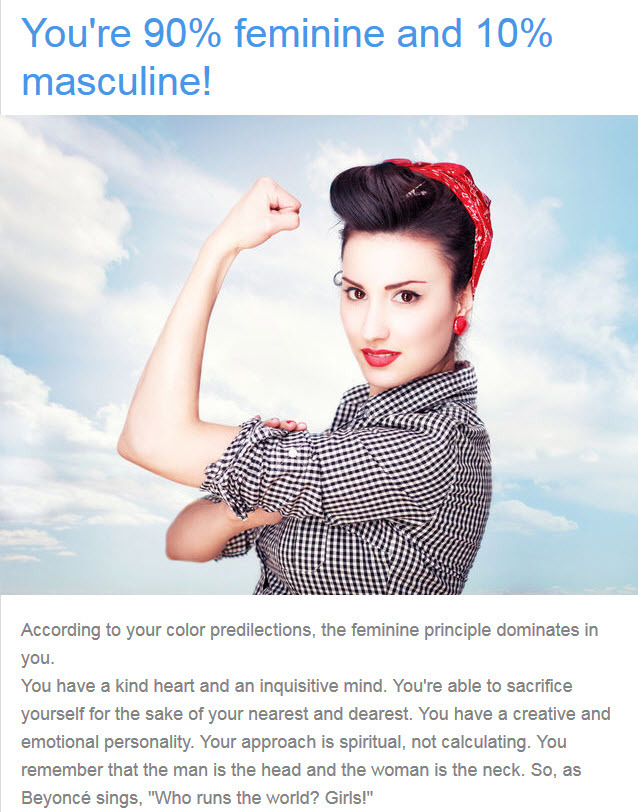 I LOVE being a woman! including the make-up, high heels and everything but apparently I am 90% masculine, lol. I am the ambitious type woman though. Well, before I became a MI slug on meds I was ambitious. Funny how almost everyone is “90%” something.