so here’s the thing. i think i have spyware on my laptop. i downloaded a couple of pages from the internet the other day which were fine when i down loaded them, then tonight when i checked my dwnloads there were loads of inane blody pictures in my files that weren’t there before with today’s date on them. i went through them to see what they were…nothing pornographic or anything but i didn’t know how to isolate and download images, so i know it wasn’t me that did it, even though i sleep walk and these were supposedly downloaded whilst i was asleep this morning. the weird thing is,i changed pages and when i went back to it barely 5 minutes later some of the images had disappeared.
just now i was reading crakcle’s thread and my computer “liked” 77nick77’s thread without me even pressing anything at all. i know there is something called a remote control virus that allows a remote user to control your computer from anywhere in the world and i’m just wondering how easy this is to install. can it be sent via email? or does it have to be installed manually? anyone know anything about this? i’m not too worried about them, whoever it is, downloading bad content as i’d take it straight to the police but i know they won’t do anything for basic malware…but spyware? i’m not so sure.

After you fix the problem you may want to invest in some anti-virus,anti-spyware, anti-malware software. I use Norton anti-virus and it works great,it’s a little pricey; about $70.00 per year. Pixel said that Norton is no good but it has worked fine for me for the last 7 years. But there are other ones you can buy if you don’t want to try Norton. In fact I think you can install anti-malware (is that what it’s called?) for FREE.

Wouldn’t say Norton is horrible, but there are free options that are just as good or better. Don’t know about you, but I don’t like spending $$$ I don’t need to.

Virus, Trojan, Spyware, and Malware Removal Logs: One of the last bastions of computer security warriors and healers. Bring your troubled PC here for top-of-the-line help with Malware Analysis and Removal by our trained professionals. This forum is...

…and asking for help. You will need a free account. If you follow instructions and run what you are told, they will step you through removal. They do as good a job as most paying shops do, but it takes several days. The volunteers there do fantastic work.

just had a quick look on speedguide.com and there are a few things i can do to get rid of them. they ran a diagnostic and there were no fewer than 6 spyware viruses on it! ■■■■■■■ 6! look up "backdoor " remote access trojan. you’ll be amazed at what it does. they’ve crashed 2 of my p.c.'s in the past when i was going to the police so i want to get my writing off of here before i run the debugging software just incase it crashes my laptop, which it probably will. backdoor has a keystroke logger on it, remote mouse and keyboard controls, sound and vision…■■■■■■■ are listening to and watching everything i say. they’ll probably crash it before i get the chance to clean it up now but that’s ok, i can pick up another laptop cheap as chips. not bothered about replacing it. it’s the privacy invasion that pisses me off big time. i’ll p.m. pixel in the morning and ask him a few things about it. it’s 5.30am here so gonna head off to bed soon.
unfortunately norton doesn’t do a whole lot for this more sophisticated sort of spyware and anti malware is no good for trojan horse ■■■■. never mind. there are a few things i can do to stop it. i just want my stories to be saved before i do it is all. thanks for your help nick xxx

how did you even get spyware like that? you must have downloaded something odd from your email to get a backdoor trojan. I know how they work.

thanks pixel. i went to speedguide.com. theygive youthe links but not the know how on how to implement the anti spyware. they ran a diagnostic and there were at least 6 remote access trojan spyware viruses on here (laptop) bastards. i knew because my caps lock kept coming on by itself, lines of my work disappearing, and files created when i was sleeping with downloads of images i hadn’t any knowledge of. luckily nothing pornographic but it’s bad enough just the fact that someone is ■■■■■■■ around with me. they’ve accessed my paypal account too with a 50 quid purchase out of my account this november/december. ■■■■■■■ wankers. i wouldn’t mind but it’s not like they cleared my account. whoever it is wants me to know they’re doing it. thanks for the info pixel. i’ll transfer my writing to a memory stick then clean this laptop, just incase it crashes when i try and use the anti-spyware. it’s happened twice so far on two other p.c.'s. everytime i try and go to the police they crash the computers. not a problem these days with external hard drives around. if it crashes i’ll just take it to the police anyway. i’m gonna get this ■■■■■■ if it kills me, though i’d much rather it killed him.

It sounds like you’re more ill than your computer.

im a computer repair specialist and web designer. do not, i repeat DO NOT install norton. it will slow your computer horribly. if you have windows 7 or earlier, download microsoft security essentials, and malware bytes.run the malware bytes scan (even after the free trial) once every 2 weeks, and keep security essentials updated once a week. that will really help. if you already have norton, google the norton removal tool and get it off there, it slows computers down atleast 50%. trust me, this will save alot of heart ache.

microsoft security essentials works way better than the others, and its free, the only reason you havent heard of it is because of monopoly laws.

i hope that was sarcasm mal’. this is serious. or are mentally ill people not allowed to have infected laptops? i find you quite insulting actually, and you levelj1 if you don’t have anything constructive to add, kindly ■■■■ off and shut your mouth!

thanks hunni. i’ll do that. will it( the spyware) crash my laptop if i try and remove it? it’s happened before and i’m worried i’ll lose my work. it’s not recognising my memory sticks now either so i can’t export my files. looks like i’m gonna have to print them off before i do anything. it’s only text so i don’t mind so much. speedguide.com says to run a few specialised anti-spyware in combination. they give links to what they deem the best ones to download. are they safe d’you think? i don’t fancy adding to my programs another bunch of malicious software. thanks once again for your help x

When I first logged onto the internet it seemed like somebody was blocking me from logging on to certain sites. (Nothing pornographic) It infuriated me. I knew I was doing everything right, but I still couldn’t log on. I tried again and again and got the same results. It can be infuriating when some coward anonymously interferes with your personal business on line. I dearly wish there was some recourse for this, but I guess there is not. About the only thing you can do is swallow your anger and buy protection.

@jaynebeal it wont if you follow the steps i said. it will not delete anything you have thats important, but if virii have slowed down your computer it may stay slow. but from what youve told me you should be perfectly fine.if you have any questions please let me know because this is wht

i used to do before i was disabled

This is probably obvious, but make sure you unplug the laptop from the internet. This means disconnecting from your router’s WiFi or Ethernet. Without internet access, the person who’s controlling your computer can’t access it.

If you have a CD or DVD burner, try burning your data to some disks if it won’t recognize a USB flashdrive.

Finally, after you get the virus/Trojan/keylogger problem sorted out, I recommend installing ‘avast antivirus’ it is free for the basic version (you should only need the basic version) and it doesn’t slow things down like Norton does.

Be careful what you download, click on, or install. Even visiting a simple malicious website can infect your PC with a keylogger (or rarely a virus/trojan). Only visit sites that you know are safe/reputable.

Also, disable a feature called ‘UPNP’ or ‘Universal Plug and Play’ on your router’s settings page if you don’t use applications that need their own internet port. ‘UPNP’ allows applications to request that your PC gets direct access to the internet. If you turn it off, then Trojans won’t be able to let any hackers even see your computer behind your router.

thanks for the advice hunni. will follow it forthwith. x

Just install comodo internet security. You can get it here 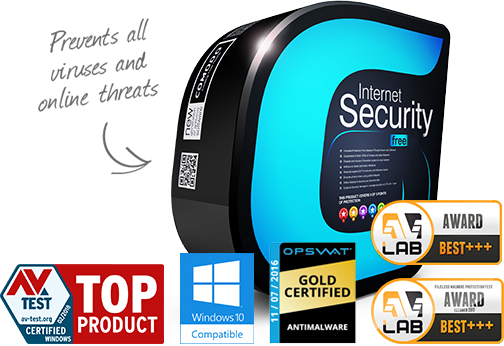 It has the best firewall on the market, it is well known for that and its very easy to use. It also has a very good antivirus.

It will detect everything funny on your computer including spyware, viruses and hackers and it will remove and block everything. Just block everything that is unknown to you when a window pops up.
It really is a must have program.

I have not had a problem with my laptop in over a year, but in 2013 there were two incidents: 1. my keyboard was disabled so that I could not use it and I had to get help in installing the whole new BIOS and 2. I had a malware that took over my system for a while and demanded money which I never paid, the malware went away when I removed the battery and restarted the whole system in that way.

No sarcasm at all, you just sound paranoid and delusional. Of course there’s no point in really telling you that now is there?

Sorry Jayne but you sound really paranoid about it is all. This stuff is pretty rare. People don’t just target someone to wreck there comp like that. Like yes it can happen but it’s quite difficult to get that kind of access.

Why would “they” need 6 different remote Trojans when they only need 1 to access it all. That would mean 6 different groups are controlling your computer. That’s a lot of people lol.

I’m trying to help you rationalise that it’s highly unlikely it is someone you know doing this.

Especially more than one computer because then you would have had to accept the file on each computer.

If it’s a huge deal you might need to get rid of those computers and get new ones if you don’t trust them and think that the Spyware can just be reactivated or something.

I use Avast anti virus - it is free and it works excellent. Check it out it may help!

Don’t fall for those “your computer is infected” pop ups either.