Anyone heard of this group?

The Koestler Parapsychology Unit is a research group established in 1985 at the University of Edinburgh, in Scotland, to teach and conduct research concerning various aspects of parapsychology. It hosts the only endowed chair of parapsychology in the UK, established by a bequest following the suicide in 1983 of internationally acclaimed intellectual, writer and journalist Arthur Koestler. The first person to hold the chair, beginning in 1985, was Robert L. Morris. John Beloff and Joshua Snyder we...

Sometimes, I think they observe this thread…

Never heard of them specifically but i knew people were investigating these things.

It does happen yes.

I have a feeling, things are about to change…

A reminder that we’re here to help each other overcome delusions, not to encourage them. Please be considerate of other members when posting.

Anyone have any thoughts?

I do think it can wind inward on itself endlessly, though.

Like you get an article like this one, explaining some more specific neuroscience findings in a schizophrenia study: 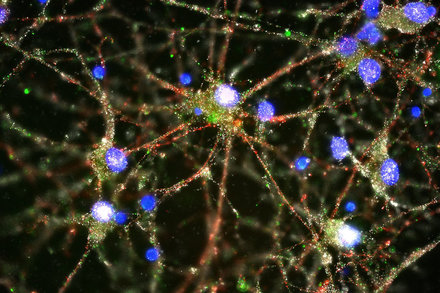 A new study provides researchers with their first biological handle on the disorder, and helps explain why it often begins at a relatively young age.

“People who carry genes that accelerate or intensify that pruning are at higher risk of developing schizophrenia than those who do not, the new study suggests.”

So then you can ask, well what causes the genes to be that way?

“Acquired (or somatic) mutations occur at some time during a person’s life and are present only in certain cells, not in every cell in the body. These changes can be caused by environmental factors such as ultraviolet radiation from the sun, or can occur if a mistake is made as DNA copies itself during cell division.”

A mistake? Why was there a “mistake”? When I try to research further, I find

In biology, a mutation is the permanent alteration of the nucleotide sequence of the genome of an organism, virus, or extrachromosomal DNA or other genetic elements. Mutations result from errors during DNA replication or other types of damage to DNA (such as may be caused by exposure to radiation or carcinogens), which then may undergo error-prone repair (especially microhomology-mediated end joining), or cause an error during other forms of repair, or else may cause an error during replication (...

“Although naturally occurring double-strand breaks occur at a relatively low frequency in DNA, their repair often causes mutation. Non-homologous end joining (NHEJ) is a major pathway for repairing double-strand breaks. NHEJ involves removal of a few nucleotides to allow somewhat inaccurate alignment of the two ends for rejoining followed by addition of nucleotides to fill in gaps. As a consequence, NHEJ often introduces mutations.”

Or in other words sometimes DNA breaks, and its process for repairing itself isn’t exactly perfect. Not to mention the long list on the first page, of other ways that mutations can go terribly wrong rather than being adaptive.

Then you have adaptive mutations, which seem to be the way sensory and other information is received, and then DNA responds to it and attempts to mutate to adapt to perceived changes in one’s environment (or other threats/needs).

Adaptive mutation is a controversial evolutionary theory. It posits that mutations, or genetic changes, are much less random and more purposeful than traditional evolution. There have been a wide variety of experiments trying to prove (or disprove) the idea of adaptive mutation, at least in microorganisms. The most widely accepted theory of evolution states that organisms will diversify based on natural selection where changes caused by mutations improve the organism's chance of survival. Adapt...

“The E. coli strain FC40 has a high rate of mutation, and so is useful for studies, such as for adaptive mutation. FC40 is unable to process lactose. When placed in a lactose-rich medium, it has been found that 20% of the cells mutated from Lac- (could not process lactose) to Lac+, meaning they could now utilize the lactose in their environment. The responses to stress are not in current DNA, but the change is made during DNA replication through recombination and the replication process itself, meaning that the adaptive mutation occurs in the current bacteria and will be inherited by the next generations because the mutation becomes part of the genetic code in the bacteria.”

So I mean, I guess if one thinks about it in a certain way, our bodies (including our brains) are composed of trillions of organisms (an individual animal, plant, or single-celled life form) that are somehow programmed to “know” things and “recognize” things and “do” things, to “remember” and to “learn”. In our brain, they hold our own memories, they produce our emotions. They are living, and they are individuals.

So to say that there is something else, something more to us than how we typically define “us” as in ourselves, technically it is true. But perhaps it is so tiny, and so imperfect, yet so amazing, and so unnoticed and unappreciated, yet romanticized in all sorts of fantastical ways. Some live for only days, some live for over a year, and some through tragedy so tiny and unheard, only a few seconds.

I guess where all this rambling is trying to go, is that sometimes the most obvious things are so beautiful and so tiny, that we might not ever give them a conscious thought, and yet we might unconsciously search for them our whole lives. Such a bittersweet thing, when I think about it.

One simple word describes it all… Genetic mutation i.e EVOLUTION…

Not at the moment but it’s a good idea, I try it again…

Honestly it is getting to the point where every video in the whole internet has a bee in it.

I am ignoring this one thankfully.

I studied at the university of edinburgh. Had loads of tutorials in the same building as that group. They do interesting stuff.