Anyone ever drink Horchata

It’s a mexican drink, it consists of rice, milk, cinnamon…it’s really good. My ecuadorian co-worker made it for me and told me to order it at the mexican restaurant. He told me they’re gonna laugh when I order it…they’re gonna say “THE GRINGO OVER THERE WANTS HORCHATA”

So i ordered it and he smiles and says “No sorry we don’t have horchata here”…Then 2 minutes later I see them pointing at me and laughing and i hear the word “horchata”. I didn’t hear the word gringo but they found it hilarious I would order it.

It truly is really good though. It’s my favorite restaurant, I’ve been there maybe 100+ times in my life and I always order the same thing…they’ve always liked me there, maybe they’ll bring horchata to their menu next time I’m there. Who knows.

Love it. You can buy the mix at the grocery. 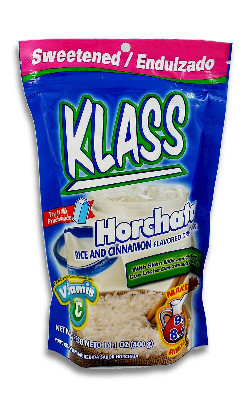 Sounds nice. We have a similar drink which consists of rice milk saffron almonds and pistachios can have hot or cold

Kheer or Fereni (Persian: فرنی) or Payesh (Bengali: পায়েস) or Kiru (Maldivian: ކިރު) is a rice pudding from the cuisine of the Indian subcontinent and Iran (Persia), made by boiling rice, broken wheat, tapioca, or vermicelli with milk and sugar; it is flavoured with cardamom, raisins, saffron, cashews, pistachios or almonds. It is typically served during a meal or as a dessert. It is also known in some regions as payesh, payasam, payasa, phirni and gil-e-firdaus. The Sanskrit name is क्षीर kṣī...

My second favorite restaurant is called The Mumbai Times…an Indian restaurant. Would they have that there you think?

I don’t wanna get laughed at again Lol but always willing to try new things.

Usually I get tandoori chicken with rice and vegetables. And pouri bread. My parents get vegetable simosas (sp) but I don’t really like that.

nice ill order it next time im at a mexican restaurant

I’m not sure but if they do you’ll find it in the dessert section. Sorry I forgot it’s not a proper drink.

You are Indian?? Bangladesh? Or what? Indian right?

In my county we have a large Indian population, especially owners of liquor, tobacco and convienance stores…I guess that’s a stereotype here in America but it’s the truth.

The liquor store I went to before I quit drinking was owned by this one Indian guy. I went to his old store when I lived in that town, then he sold that store and opened up a new store in the city I moved to. So I knew this guy for like 3-4 years. He was probably the nicest person I’ve ever met in my life. Last time I went in the liquor store he took a shot of whiskey and said “I need to drink too”…he had a heavy accent. Not sure where in India he was from but he came to America and became very successful in the liquor business. He’s probably in his thirties.

But then the guy who owns the tobacco store…he’s an American or at least moved here when he’s really young, he’s kind of a dick. But I love his store

Haha well I’m gonna take a guess but is his surname Patel.

When I was living on the worst street in San Jose, Ca, I used to take the bus to six AA, CA, and NA meetings a week. On the way home I would usually stop at the Mexican restaurant near my house and get a horchata. I got a weird vibe from the place. The Mexican guy who waited on me was friendly but dangerously so.