Anyone decided ps5 or Xbox series X or Pc

I think pc is better . But I will go with ps5 when it launches. I hate these many cables connecting pc with TV as both are in different spots of room . Cannot manage cables. I think I will be cool enough with ps5

This will be the first time since I got the PS1 in 1996 that I have not kept up with the most recent consoles.

It’s a shame as I used to just play games all the time.

I am not as sharp as I used to be, and online gaming is stressful as 5 year olds can kick my ass

Im thinking Xbox Series S, because its cheaper. That may change if Sony does release a digital PS5 if it is in the 300-400 dollar range.

We may end up with both eventually. We have 2 xbox one s and a ps4 now.

If I had the money and time I would just buy all of them.

But I have PC for what I hope is business purposes, so maybe I’ll fit some free time gaming on it.

My bf has a ps4 for now. He’s wanting the ps5 but wants to save up.

Nah ive thought about a ps5 - but honestly ive chucked too much money on investing in pc games, just to re-buy them again.

I would rather have a pc system i could chuck a new graphics card in to upgrade it, in all honesty.

I still play Counter Strike Source (since 2004) and CS:GO on my PC, only paid once.

My favorite map in CSGO is Dust. In CS Source its a custom map called Ice World, its intense! I love that you can create or have custom maps.

What rank are you? 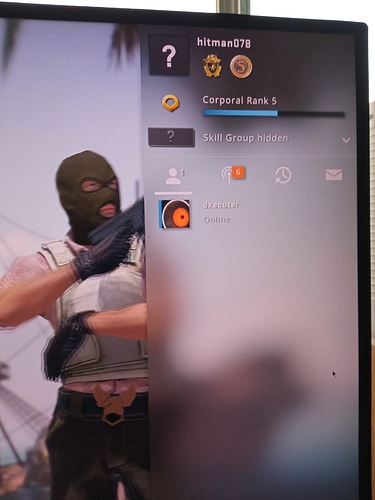 I am playing now, you guys gave me the energy to play haha

How do you become ranked?

Nice! I just got done playing haha I was getting mad because I kept getting awped