Am I Hallucinating my Reality or Dreaming my Life?

I don’t want to spread false information, get sued, get in trouble, or ruin anybody’s or the schools reputation.

Maybe it was a parallel universe or in a different timeline. Am I a time traveler with a near infinite photographic memory? I might be the only one on the planet that can remember previous iterations of the ‘Matrix’ or my past lives with other people exactly like you guys in them. It’s apparently the same timeline or Earth. Is this the ‘Mandela Effect’?

I can tell when reality is being changed, altered, and edited constantly. I keep going back in time. I have dreams that are so real it’s crazy. It could be suppressed memories or even fantasies, which is hard to admit and accept.

I have memories of being a clone and people being cloned. Perhaps, I had a visit from MiB or the ‘Adjustment Bureau’ which is a book and movie from Philip K Dick. Perhaps, most people I have had contact with had their minds wiped or were cloned.

I don’t read science fiction at all – no way. But I love movies and TV Shows and YouTube Trailers.

My former best friend (doesn’t talk to me anymore) said nobody remembers me at college. Like I didn’t exist or was never there at all. People have moved on and I was a very insignificant person at schools. I was a nobody and a ‘flunk’ out. I know nobody cares about me anymore. I rarely cared about them too, although I tend to obsess when I remember these people from my dreams.

If even 1% of what I’m saying is true, then there should be some concern. I feel like I’m the perfect victim because I have schizophrenia. People with schizophrenia are often victimized and not believed. That’s my story and how I feel constantly. That I won’t ever get justice.

I thought about getting help or going to the police, but they would just send me to the mental hospital. We all know how that goes. I’ve never found 1 person on this planet that ■■■■■■■ believes me or really wants to help me anymore or entertains my thoughts, memories, and delusions.

It’s probably a good thing sometimes or a bad thing depending on the situation.

I don’t know why, how, or for what reason, but I’m constantly time traveling between dimensions and parallel universes and even backwards in time after I die from unknown reasons in the future and I get sent back in time constantly. I’ve even escaped reality or the universe and exited the ‘Matrix’ or ‘Brain in the Vat’ that we are living in. Perhaps, that is why there is no proof or evidence anymore.

From my perspective, I was told I’m from 2036 and that the planet got nearly destroyed. Perhaps, I’m from another planet Earth…I’ve been told this before.

In my past lives, I’ve met several famous people that I won’t mention. It sounds like Donald Marshall’s Illuminati Whistleblower story, but it’s definitely not the same. I’ve never been in the cloning centers or “colosseum” but I have experienced horror and tragedy and being tortured in my past lives.

It’s hard to separate the extreme fiction from the facts for me. So no wonder nobody takes me seriously or anything because I have some fantasy or delusions mixed in with what I believe is fact and real.

I’ve been trying to get help and get heard and everything, but nobody seems to listen, care, or believe me or at least investigate my situation.

Nobody believes in aliens yet.

I even remember being horribly ‘insulted’ by a woman named Hillary on Facebook. This was back in 2011 and was a shock to my system. It was out of the blue and wrong. It really affected me and made me pissed off. It probably ruined my reputation. I rather not say the sickening thing she said. Maybe it wasn’t real in this life. Maybe it never happened at all. I don’t know.

I’ve often felt blackmailed or extorted. I don’t know the definitions of these terms or the difference.

I have a lot of missing time and memory and blackouts and blocked consciousness or recall. Like an amnesia barrier or dissociative amnesia or something. I don’t know.

Maybe it never happened. Perhaps, I don’t remember. Perhaps, nobody remembers or has reveries like in “Westworld”.

I felt like I was kidnapped out of my room. Maybe it was just aliens? Maybe it never happened. I felt like I even could have been sent to Mars for some time and went insane.

My mind was uploaded to a real computer and I was cryogenic-ally frozen in a distant past life. So I achieved immortality.

I know I sound insane and I probably am and just don’t realize it as an outsider.

PS Perhaps, it’s time to become a writer of fiction and to move on --seriously this time. I’ve been told several times that I should be a writer or sci-fi writer. It’s the only thing I’m apparently good at anymore. I might love it too.

Yes, I thought about getting money, but I rather be safe. Money is nice, but will never happen and is a form of selfishness and sin. Money would just cause problems for me. I realize we don’t live in a just world and a fair world. There’s nothing I can do but just sit in my room and try and recover. Maybe make some money off writing some short stories or books. 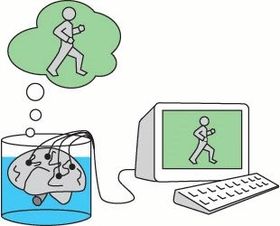 Brain in a vat

In philosophy, the brain in a vat (BIV) is a scenario used in a variety of thought experiments intended to draw out certain features of human conceptions of knowledge, reality, truth, mind, consciousness, and meaning. It is an updated version of René Descartes's evil demon thought experiment originated by Gilbert Harman. Common to many science fiction stories, it outlines a scenario in which a mad scientist, machine, or other entity might remove a person's brain from the body, suspend it in a 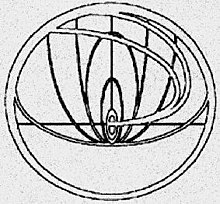 John Titor is a name used on several bulletin boards during 2000 and 2001 by a poster claiming to be an American military time traveler from 2036. Titor made numerous vague and specific predictions regarding calamitous events in 2004 and beyond, including a nuclear war, none of which came true. Subsequent closer examination of Titor's assertions provoked widespread skepticism. Inconsistencies in his explanations, the uniform inaccuracy of his predictions, and a private investigator's findi The f...

Would you not consider that your mind is playing tricks on you? And that is part of schizophrenia.

I already tried clozaril but could definitely look into it again at my next appointment.