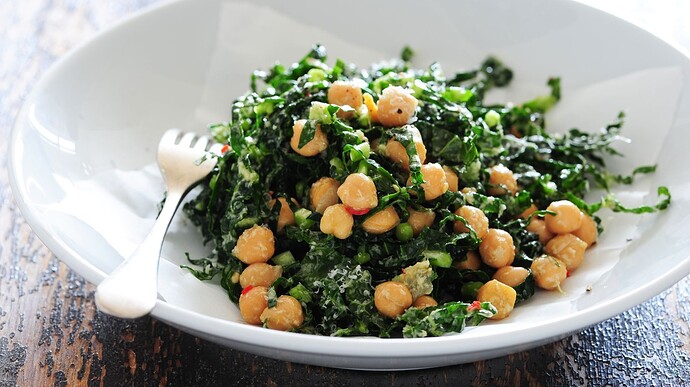 According to new research, a quarter of Brits would not go veggie because “the attitude of certain vegetarians/vegans has put me off.”

I guess some people might consider giving up sex “because the attitude of certain sexually active people has put me off”.

Haha…I could have told you that without the article. Just ask @velociraptor how much extra meat he eats when pressured

No he’s right.
Some Vegans are over the top fanatic.
Its also become very political.

@velociraptor will eat a cow, 4 chickens and 2 hundred sparrows just to piss people off.

I’m not denying that some vegans are very annoying, I simply question the wisdom of making decisions based on what people we find annoying believe or like.

Just ask @pixel how much extra meat he eats when pressured

will eat a cow, 4 chickens and 2 hundred sparrows just to piss people off.

Sparrows? Too much work for not enough reward. I do admit to strategically placing the bird feeder so it works out well for the neighborhood kitties who like to snack. It helps with the plague of sparrows.

I always enjoy relating how I have killed my own just to get the years flowing.

everyone knows it’s the plant seasonings that make meat taste good. i will export you nothing.

everyone knows it’s the plant seasonings that make meat taste good. i will export you nothing.

Point of order, Mr. Chairman. I would like to point out that I largely live on a diet of natural grasses and whole grains, they were simply processed by a bovine before I consumed them.

No, that’s just an added benefit. 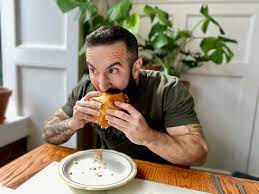 I think it is true. I’ve also seen memes about how some vegans want everyone to know they’re vegan. I’ve also found that there is some truth behind the memes. Years ago I had a friend who tattooed her wrist with the word “VEGAN”. A bit over the top if you ask me, but then I have a tattoo with a relatable story. Anyway, I wonder if she is still vegan.

I was vegan for 7 or 8 years.
I never was aggressive
and i never preached veganism

I can see the appeal of veganism. Not harming animals is a noble goal, and a restrictive diet for health is good for your willpower, but I don’t feel it is realistic. I think there is some humility in eating meat. Like accepting we are a part of nature, not above it.

I think PETA and vegans like them are really working hard to stop veganism. It’s a pretty disgusting organization. I don’t know why anyone would support them.

Why would PETA want to stop veganism?
I don’t get it.

Why would PETA want to stop veganism?
I don’t get it.

They’re trying to promote veganism but in effect working against it.

I was wondering the same thing.