Acquisition and Maintenance of Delusions

So here’s a bit of riddle about delusions.

A prominent line of thinking about delusions has it that they have the status of explanatory hypotheses for the patient. The story about the acquisition and maintenance of delusional beliefs goes (very roughly) like this: patients have unusual experiences, and will form beliefs about what is going on to account for these experiences. Yet, it is said, delusions quite often are rather bizarre and can hardly be seen to be the most obvious hypotheses that can account for said experiences (the most obvious one being that one has a mental disorder.) Hence it is thought that a second ingredient is needed to arrive at a delusion: some cognitive impairment that can account for the bizarre hypothesis to be chosen over the obvious one. Such accounts of delusion formation are typically called two-factor accounts, because of the two factors involved (who would’ve guessed): first there is the unusual experience, on top of that comes unusual cognitive operation as the second factor that gives rise to the unusual belief (delusion).

The kind of unusual cognition (or, ‘mistake in reasoning’, if you will) that you’d find often in the literature is that of jumping to conclusions: updating one’s belief system without sufficient evidence for doing so. So far so good, this seems like a reasonable story of how to acquire delusional beliefs, for it is true, the bizarre hypotheses we come up with have little to no evidence speaking in favor of them. But what may be puzzling is what follows. We all know very well that delusions are notoriously hard to shake off. Once we caught one (or are caught by one…) we tend to stick to them. This feature of delusions becomes rather puzzling to account for, if one subscribes to jumping to conlusions as the culprit of acquiring the delusion. For if hastily updating one’s belief system was responsible for endorsing the delusional belief, shouldn’t we expect to jump from one delusion to the next at the blink of an eye?

Accordingly, one may think the delusional belief has some function, some ‘benefit’ to it, that makes it stick, so to speak. That is, ofcourse, not to say it is nice to be delusional - clearly not. I read an article that features several functions delusions may perform to account for the ‘riddle’ above. 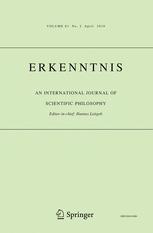 The Ethics of Delusional Belief

In this paper we address the ethics of adopting delusional beliefs and we apply consequentialist and deontological considerations to the epistemic evaluation of delusions. Delusions are characterised...

This is interesting to me - I’m diagnosed with psychotic depression, and my pdoc told me today that my mind has an agenda with my delusions, ie: to construct a reality where I am stupid and at fault. She went on to say that I actually take some comfort in such a reality, and such explanations are given preference in my mind.

I have insight into my delusions, if not immediately then soon after forming them, but insight is pretty worthless in my experience. On one hand, I know something is untrue, and on another, I believe it wholeheartedly anyway. She also suggested that there’s something comforting for me in berating myself for my delusions

This is obviously a different kettle of fish than sz, but it was odd that we discussed why the mind might prefer and cling to an explanation that shores up a pre-existing belief system.

This is kind of what I was talking about earlier on… I didn’t start to get better until I started to stop doing this entirely… what is the purpose of belief aside from feeling well seated in reality. Some individuals wind up chasing fairy tales because they seem more fulfilling… only to get caught in this cycle of trying to expand their beliefs to support the fairy-tale… I was one of those individuals.

Now the unusual events thing… If the world were more normal at all… this kind of ■■■■ might not happen.

Human beings… Strangely insightful… Also very immature and entertain superstitious and supernatural beliefs. The word psychic existing should be a joke… not the name of someone who can often be seen as taking to the role of a therapist.

The delusions getting locked in though. Just speculating from an amateur view of psychology. A lot of us had identity crisises involved in our psychosis. One loses their sense of identity and I don’t think it’s too far of a stretch to see that one can lose their sense of the world as well. When narrowly escaping the trauma of a psychotic break one really has to rebuild their sense of everything. Once anything is in place it seems better than not knowing anything at all…

I think some human minds were meant for complexity. It’s hard for minds who enjoy the depth and complexity to reel back their sense of understanding to something more simple and less wholesome… even when it’s totally out in the woods to believe the ■■■■ they wound up believing when pouring over some occultist ■■■■ on the internet or elsewhere… Or what their imagination and the simple concept of telepathy led their life experience to seem inclined to have them believe…

It’s a mess and all that feels terribly worded, but I think you might get my drift @flybottle.

Everyone has insecurities, the deluded mind deals with the insecurities in it’s own way, being grandiose or persecutory delusions for example. Neurotypicals have their ways of dealing too, that aren’t “healthy” or “normal” either, but it’s not considered a mental trouble in psychiatry, although it can be dealt with in psychology.

Religion, like the article stated, is a good example, the idea of heaven and hell and an all forgiving god is appealing for many, even though there’s no actual proof of it existing, the holy books serve their purpose in that, and are taken seriously and believed by the letter. Faith in what others wrote without critical thinking, is the same as believing we are created by aliens just because someone found ancient mayans or sumerian tablets with little flying men sculpted. There’s no proof, but some like to believe it, makes them feel better, wether it’s from the feeling of having knowledge that others don’t, or for some reassurance of ones righteousness.

I had both, such a contradiction.

Both grandiose and being persecuted? Me too, sort of. But these seemed not to contradict each other at the time, still not straightforwardly so I think.

Yeah, I never connected them that way, I had pronoia and paranoia. Both equally proeminent.

I could see a great many reasons why folk want to sugar-coat the darkness… but at it’s core there is only one universal reality. What people do inside their own private inner world and how they interpret the outer world is of very little concern to me.

Hallucinations and delusions as us trying to make sense of our perceptions and experiences.

I thought this was a good article someone posted awhile ago: http://schizophreniabulletin.oxfordjournals.org/content/early/2013/06/24/schbul.sbt087

For me, my fixed delusions are more believable than so-called shared reality even though I intellectually know they are not widely real. I think it has to do with the strength of impressions of the experiences that the delusions describe or account for and the fact that nothing in ordinary reality accounts for these feelings and experiences, except, as someone pointed out, mental illness, which does not take into account me as a subjective being whose perceptions and interpretations form a world I have to live in.

These past few years my delusions have become more and more fixed and are what I truly believe. Really there is no evidence to the contrary. I now use the mental illness hypothesis because I am such a ■■■■ up and want to try to stay alive. If I went with what I actually believe, I would not be okay.

Azley, I see too that it is all build up around the stark nothingness and no genuine reason to build good or bad structures or real or false ones except just to get by and get through days.

For me, I did not try as an agent to consciously make the beliefs. Why would anyone be separated from the world unless that severance was vital for survival? Even my depressive delusions are way better than the harshness of ■■■■■■■■ this world appears to me to be. “Delusions” are at least something against the total lack of meaning/ salience/ care/ connection that has nothing to do with me that is social “life.” I’d rather live in my own defective world than their total nothingness where I do not matter at all and am not even a demon or Poisonous or inherently contaminated and bad: at least delusions offer logical explanations for almost unceasing emotional pain.

Well it makes sense to me. Having a grasp on reality is like the square one of being able to take care of yourself. If the conclusion were, “I’m crazy and don’t have a grasp on reality,” that would be utterly terrifying. Be stalked by the CIA or harassed by demons can ironically be less terrifying than believing you are nuts. I don’t think very many neurotypical people have been able to really imagine what that would be like. Like they would need to imagine that they were at work and suddenly everyone was trying to convince them that they don’t really work there and never have, and they’ve got people getting upset with them or even looking scared of them. How would your average neurotypical person respond to that? I doubt most of them would go, “Well it must be true, I must have made up all my memories of working here, I guess I’ll go check myself into a hospital now.” Yeah right.

Yeah I think you’re right, in that framework of the two factors, it is debatable/debated how much each of them contributes to the delusion. Some would have unusual inferences as entirely responsible, while others, more similar to what you are describing, would hold that a delusion can be a ‘reasonable’ response to the unusual experiences we are confronted with. I should note that many cognitive scientists seem to hold that these inferencese and hypotheses may be made/formed below the threshold of consciousness.