A question to you all

My armpits are basically crying off and on. Also I’m yawning a lot which is keep my eyes all watery. Other than that and slight hunger I feel pretty good.

I’m inside, in air conditioning. Anyone else get runny pits for no reason at times?

Clean your a/c filter dude or open a window.

I have a problem feeling dry.

The temperature isn’t the problem at all. My pits just leak all the time. I don’t get it.

Didn’t say it was. Just sounds like your not getting enough oxygen. So clean your a/c filter. (When was the last time you did clean it anyway?) Or open a window and see if that helps.

I’ll get outside for a while. Good call though.

when I was trying to quit… it seemed there was a smell of smoke when I did sweat. It seemed like any tiny amount of any effort made me damp.

Withdrawal in the First Two Weeks

Because the first two weeks are so critical in determining quitting failure rates, smokers should not be shy about seeking all the help they can during this period.

Withdrawal symptoms begin as soon as four hours after the last cigarette, generally peak in intensity at three to five days, and disappear after two weeks. They include both physical and mental symptoms.

During the quitting process people should consider the following physical symptoms of withdrawal as they were recuperating from a disease and treat them accordingly as they would any physical symptoms:
•Tingling in the hands and feet
•Sweating
•Intestinal disorders (cramps, nausea)
•Headache
•Cold symptoms as the lungs begin to clear (sore throats, coughing, and other signs of colds and respiratory problem)

The first few weeks after quitting smoking are usually the most difficult and it’s safe to say that it normally takes at least 8-12 weeks before a person starts to feel comfortable with their new lifestyle change of being an ex-smoker. Withdrawal from nicotine, an addictive drug found in tobacco, is characterized by symptoms that include headache, anxiety, nausea and a craving for more tobacco. Nicotine creates a chemical dependency, so that the body develops a need for a certain level of nicotine at all times. Unless that level is maintained, the body will begin to go through withdrawal similar to alcohol addiction withdrawal. For tobacco users trying to quit, symptoms of withdrawal from nicotine are unpleasant and stressful, but only temporary. Most withdrawal symptoms peak 48 hours after you quit and are completely gone in six months.

Nope, and I don’t use air conditioning. I like to fully acclimate to summer. It makes me feel quite alive when both my indoors & outdoors feel about the same in terms of climate (humidity, temperature, draft/wind, etc.). 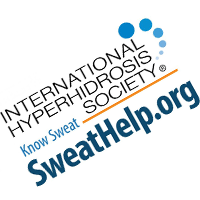 Underarm excessive sweating , also called axillary hyperhidrosis is an uncontrollable, annoying, embarrassing, and isolating problem (to say the least). From the discomfort of sweat running down your sides, to the embarrassment of obvious sweat...

Good info. I feel great. It seems really easy to just say no. I got lucky this time. I’m not going back. Had been trying to quit for years.

I think the key was having my own space. I feel really comfortable just sitting in my apartment.

I started to believe sometime back that sweating purges toxins out of you. Drink lots of ice tea and water and just let your bod detox if you don’t have to be with people right now. I think it’s healthful.

I sweat a lot more than the average male. I always have. I attribute this to alcohol, caffeine, med’s, and sugar. Also, when I wrestled when I was young we used to bundle up in rubber sweats and sweat as much as we could to lose weight. I guess I got good at sweating. One guy who sweated a lot went to a doctor because of it. The doctor told him not to worry about it. He said come see him when he stopped sweating.

It’s annoying. It’s like a bead of sweat drops on my shorts or runs down my side or my arm every 10 to 15 seconds. It has no scent to it at all. I don’t get it. Totally unnecessary.

I don’t think it’s the amount of sweat necessary to purge toxins. Have been drinking some tea though.

What about de-oderent or anti-perspirant?

Yeah I use some clinical strength stuff. Works for the most part, but it’s odd sometimes I just start leaking like that.

I used to have this problem in high school. So did my friend. We would be sitting in his room and the beads of sweat would start running down. We used to laugh and joke about it but it was annoying and if a girl came over than it got worse, lol.

Yeah man that’s one of the triggers. I don’t really get nervous any more. Still that’s a trigger.

Excess sweating and/or over sensitive to the temperature can be a side effect of some of the meds also.