A journey through schizophrenia, from researcher to patient and back

SAN FRANCISCO — The patients who came into the schizophrenia research lab grew easily confused. They struggled to complete simple tasks. Brandon Chuang, a research assistant just out of college, liked working with them, but found them a bit odd.

Within a year, he would turn out to be one of them.

Just as he was becoming a key member of the lab, Chuang suffered a psychotic break that left him sensing conspiracy at every turn; he was so convinced his computer was being hacked that even a routine update from Dropbox shook him. His thinking, so sharp through high school and college, grew so jumbled that he perceived romantic involvement where there was none and kissed two female colleagues in the lab. At one point, he attacked his own brother. 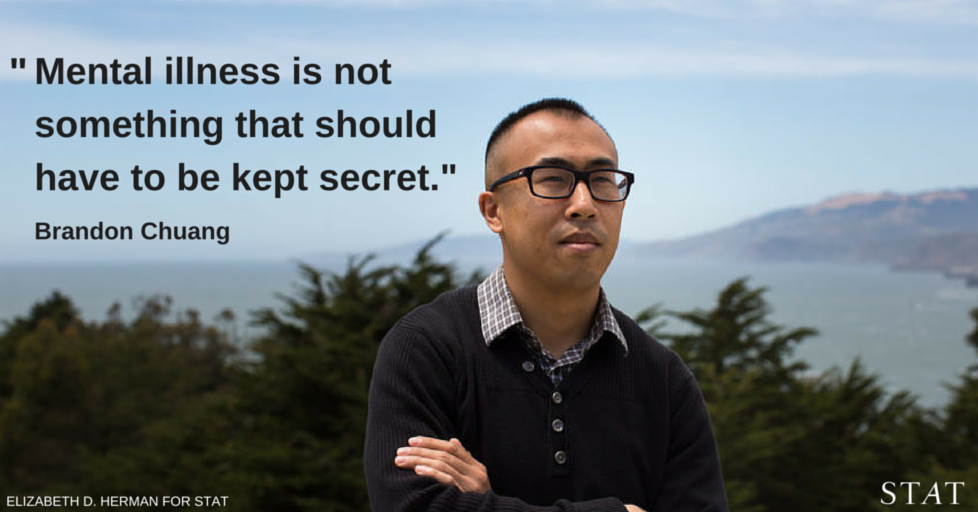 A journey through schizophrenia, from researcher to patient

While working in a schizophrenia research lab, Brandon Chuang was diagnosed with the disease. Now he gives other patients hope.

Liked it a lot too,

Him forcing himself to do improv… that’s some hardcore recovery method!

You’d think (well, I would) that people who have studied and/or worked with schizophrenia patients before falling victim to it may be able to avoid some of the pitfalls. Like that move from being medicated and doing alright to thinking one is cured and stopping meds. Something else than a lack of knowledge is going on here.