A great pick up line 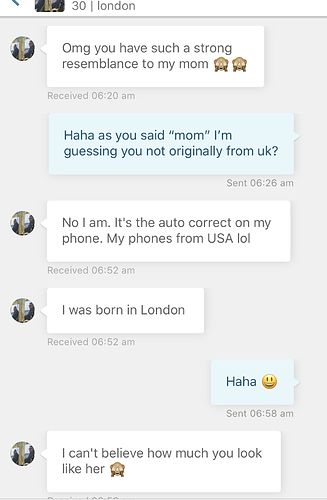 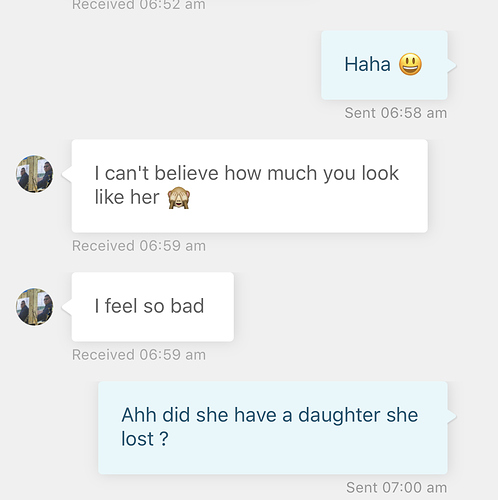 I think he just has issues, move along nothing to see here

Yeah, that’s going to be an obvious issue. I wouldn’t pursue it unless you’re into the fetish stuff.

Well when I was in college I wrote a paper that adults were just grown up kids but with a little more socializing. From what I read people are thinking of themselves as kids at older and older ages, so dealing with immature 30 year olds is more common. In some ways I feel like a big kid, but I take care of my responsibilities and never blame others for my problems

Some guys have an oedipus complex. I wouldn’t date such guys if I were dating guys, though.

I think to men some women just have maternal features, maybe because they are used to taking care of people. Maybe you just resemble the dude’s mother. Hopefully he isn’t into that romantically. However, most anything is possible.

Lol at least don’t say it

I like finding ‘personality’ traits which I am familiar with in others. That is something I like but physical resemblance?!